Noah Schnapp dedicates message to his teachers in his yearbook 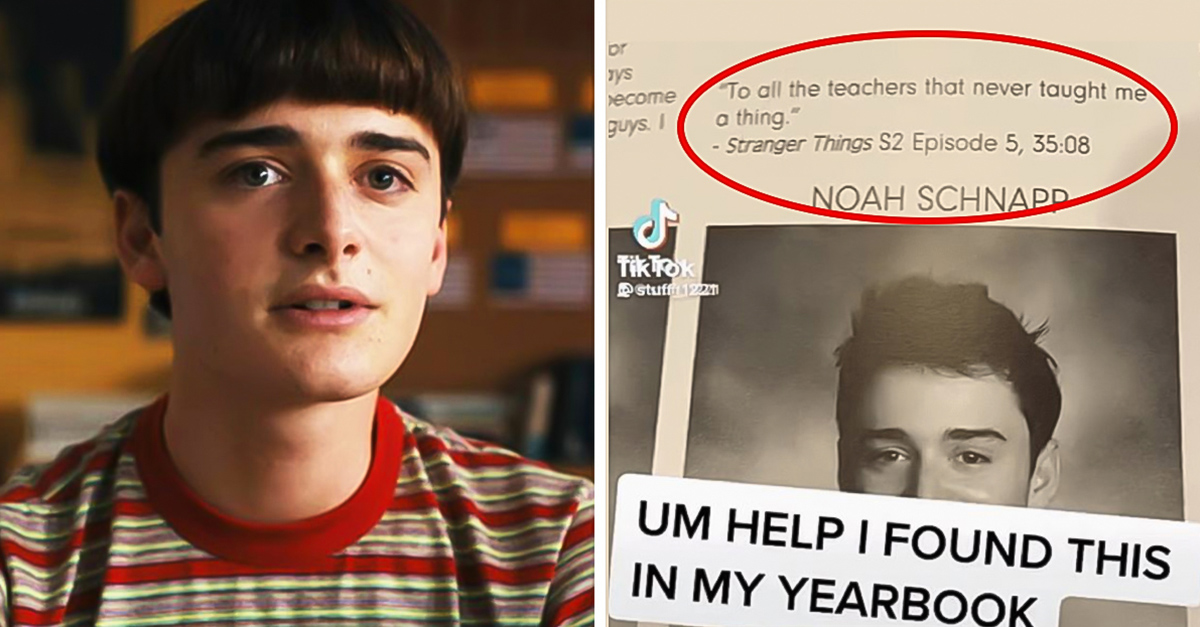 Noah Schnapp once again steals the attention of the Internet after he declared himself openly gay through his TikTok account two weeks ago. Now, the reason that his name is trending again is because a former schoolmate of the actor shared the sharp comment that he left his teachers in the school yearbook.

As you know, in the United States it is common for all students to receive a school yearbook when leaving some educational level. According to tradition, this collects the photo of all the graduates, who are also allowed to leave a message for prosperity.

Well, Noah, making use of that joking personality that we love, dedicated a few words to those teachers who didn’t teach him anything. The best thing about the situation is that the actor stranger things he relied precisely on his series so that his (a bit aggressive) message would go unnoticed by those in charge of publishing the much-desired album. The text says the following:

For all the teachers who never taught me anything. Second season of ‘Stranger Things’, episode 5, minute 35:08.

Noah Schnapp leaves a message in his school yearbook for his former teachers pic.twitter.com/lABO5m97Yu

The recording quickly gained the expected notoriety, so now it is no longer necessary for you to go to Netflix to decipher the message, since many users have already given themselves the task of sharing the dialogue that Schnapp dedicated to the teachers of his institute.

This is the scene in which Dustin Henderson (Gaten Matarazzo) asks Mike’s father for information on the whereabouts of his friends, who is inaccessible and desperate for the young man’s visit. Failing to get anything out of it, Dustin gets mad and says, “You son of a bitch, you weren’t any help at all.”

So now you know, that is the sweet statement that Noah Schnapp left in his yearbook and with which we all feel identified.

Danna García surprises with a brave message against bullying: “Gender violence and bullying cannot be tolerated”

Couple lives on a cruise ship, it’s cheaper and they know the world

When should you not use a massage gun?

What kind of K-Drama would you star in according to your tastes?