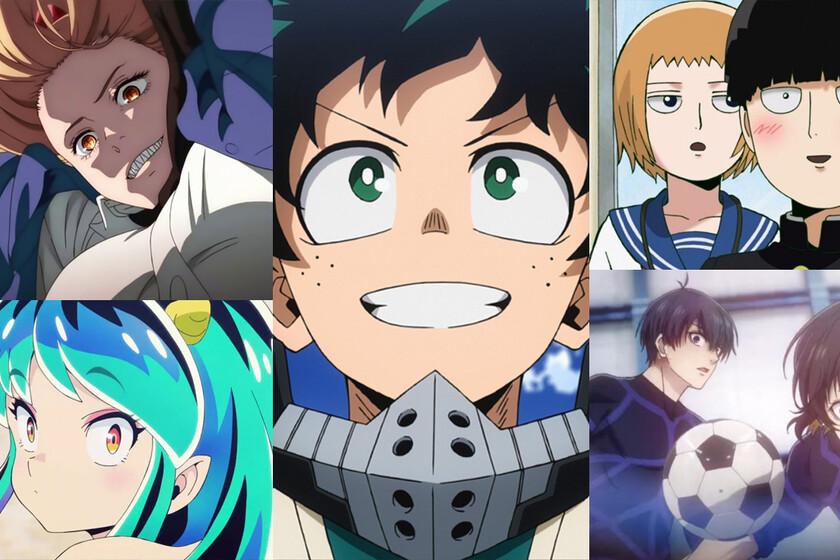 The anime winter season was a fantasy that left us with a good string of spectacular series, especially with the “non-final” of ‘Shingeki no Kyojin’ and the second season of ‘Kimetsu no Yaiba’.

The current spring season is being considered as a good successor, but what is coming to us for the fall season promise to be great with the return of several of the biggest anime of the moment and the premiere of several new series full of potential.

The return of the greats

Next October is going to come loaded with a tight schedule of premieres. Not all series have confirmed the specific day they will resume broadcasting, but the window has been announced for that same month, or even for the end of September.

Fall It will mark the return of several of the most powerful series of recent years and there is a lot of expectation around it. After a year since the end of the fifth season, “Boku no Hero Academia” returns with a new story arc that promises a lot of action.

‘Mob Psycho 100’ also returns with its third season, and ‘JoJo’s Bizarre Adventure’ also seems to come out of its very long hiatus with a new batch of episodes of ‘Stone Ocean‘ on Netflix. The fall season also marks the return of the ‘Bleach’ anime with ‘Bleach: Thousand-Year Blood War’a new series that will adapt a very specific arc from the manga.

As if this were not enough, ‘Spy x Family’ will premiere the second half of the anime in the fall so that we are left without the Forgers, and we will also see the return of ‘Golden Kamuy’, ‘To Your Eternity’ Y ‘Uzumaki’.

New faces in the ring

We cannot live only on sequels, and it is also that during the fall season they will arrive highly anticipated new releases. Especially two of the most anticipated new series of the year will initially arrive in October.

The expectations with ‘Chainsaw Man’ are very high, especially knowing that MAP (‘Shingeki no Kyojin, ‘Jujutsu Kaisen’) have developed the animation. Another series that is playing hard to get is ‘Blue Lock’, which has recently confirmed its release window for the fall.

And it’s not exactly a new face, but autumn will mark Lamu’s return to the small screen with the premiere of the new ‘Urusei Yatsura’ anime… And to continue the nostalgia, our favorite giant robot franchise also returns with ‘Mobile Suit Gundam: The Witch From Mercury’.