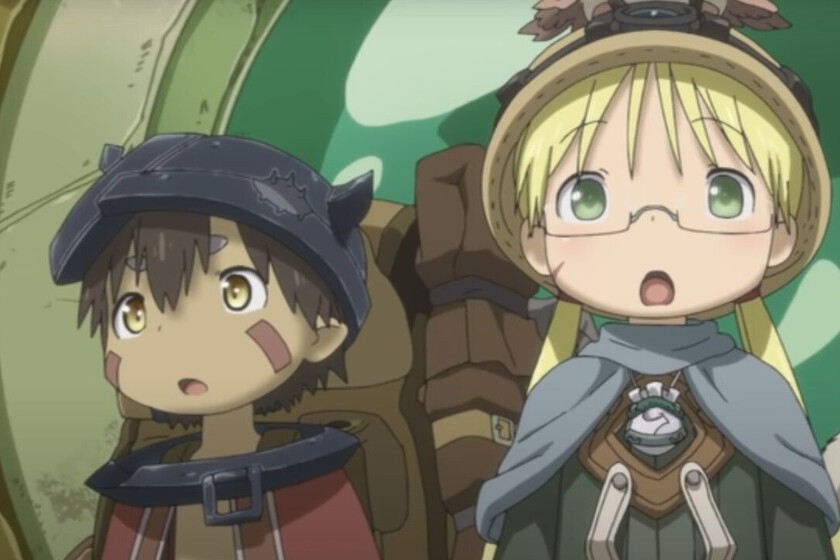 This summer the second season of ‘Made in Abyss’ premieres after two years since the last anime film and a long hiatus in history. We already know we will have a release window in July for the new chapters, and with the clock ticking faster and faster, a new trailer has been released from the anime’s official website.

‘Made in Abyss: The Golden City of the Scorching Sun’as this second season of the anime has been called, will directly continue the events of the movie ‘Made in Abyss: Dawn of the Deep Soul’.

Although we had already seen a first trailer with the announcement of the new chapters, this new preview gives us a better look and especially introduces us to a new character: Faputa, the princess of Narehate.

It has been confirmed that the second season of the anime will once again feature Miyu Tomita like riko, Mariya Ise as Reg, and Shiori Izawa like Nanachi. New cast members also arrive for the new characters that we will meet in the following chapters: misaki kuno as Faputa, Yuka Terasaki as Vueko, Hiroaki Hirata as Wazukyan, Mitsuki Saiga as Belaf, Kimiko Saito as Muugi, Hiroki Goto as Majikaja, Kana Ichinose as Maaa, and Ryota Takeuchi as Gaburoon.

The animation of ‘Made in Abyss: The Golden City of the Scorching Sun’ will run again at the expense of Kimena Citruswho were in charge of the first season of the anime and the films of the franchise.

‘Made in Abyss’ follow riko, an orphan who dreams of becoming a legendary explorer and unraveling the mysteries of the huge hole that surrounds the city where she lives. It is said that this Abyss reaches to the very depths of the earth and hides all manner of artifacts and mysteries of a lost civilization. One day during her explorations, Riko comes across a strange boy-shaped robot which she baptizes as Register and takes with him back to the city.

40 Marvel Characters That Could Appear In Avengers 5

Elenco de ‘Get Over It’: ¿Dónde están ahora?