New photo of Desire, Dream’s sister for The Sandman series 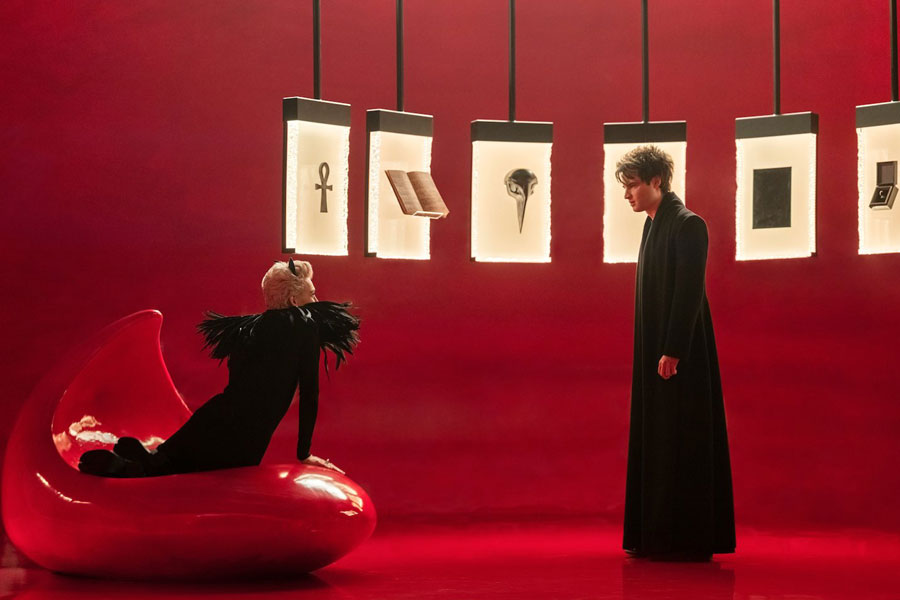 After being believed impossible, we are close to seeing the series debut of the adaptation of Neil Gaiman’s masterpiece. And to heat things up, actress Mason Alexander Park has shared a new photo of her The Sandman character Desire, the sister of Morpheus.

Do not stop reading: Neil Gaiman explains why Tom Ellis will not be Lucifer in Sandman

In the image, we see her being confronted by her older brother Dream (Tom Sturridge) in his kingdom. These brothers don’t get along (to say the least) on the page, and it looks like that contentious relationship will carry over to the screen.

The actress shared the image after it was taken from the print edition of Emprie Magazine and circulated as a meme, as it reflects the tense relationship between the two brothers, which, apparently, will go entirely from the comic to the screen.

The mentioned memes refer mainly to problems between siblings, in fact, in a comment to her own publication, the actress encourages the public to use the post as a thread to hang their memes from there, “from now until August 5”.

In the tweet, alongside a photo of Desiere from The Sandman, the actress wrote: “The memes/subtitles are making me laugh out loud… so here’s an HD version to really get you going. I can’t wait to see you all in a month.”

Desire’s photo from The Sandman shared by Mason Alexander Park

Did Carlos III and Camilla Parker run out of love? The reason they don’t live or sleep together

Jennifer Lopez and Ben Affleck marry for the second time