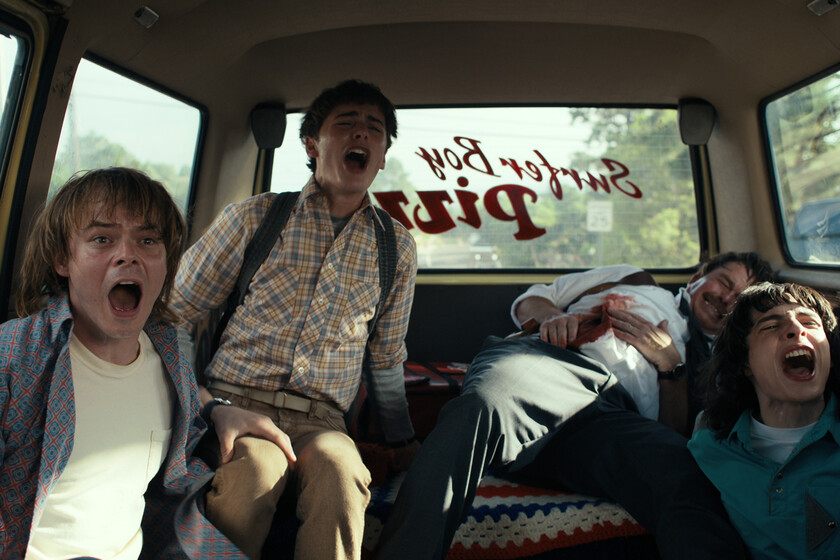 This coming Friday, May 27, a wait that began on July 4, 2019, the premiere date of the third installment of ‘Stranger Things’, comes to an end. Under normal conditions, the launch of the fourth season of the series created by the Duffers should simply be a cause for celebration, but when push comes to shove is likely to end up overshadowed by ‘Obi-Wan Kenobi’. What for the return of Ewan McGregor to ‘Star Wars’ we have expected much more.

By now we are all familiar with Netflix’s launch strategy with its original series: all episodes of each season at once. The most has been the exception of dividing a season into two parts, a resource often exploited for its final installments. That gives rise to every two by three they can talk about records with millions of hours played, but what we sometimes forget is the pernicious side of that tactic.

Burning your ships too fast

For now, many series end up condemned to immediate oblivion. Too many things are released and sometimes we find out before its cancellation than its mere existence. But the most powerful premieres are also affected, since its life is shortened among lovers of television series. Ideal for those who want to see it as soon as possible, but harmful to the real impact of the same among the public.

And it is then that they arise two much more common situations than anyone would like: having to see everything right now so that you don’t get any surprises and because only for a few days everything will be talked about with real intensity or end up leaving it aside because you couldn’t see it at the time, and may even end up getting tired of the title in particular without seeing it.

With this I don’t want to say that all series would benefit from a weekly broadcast rhythm, but the model of forced marathons does not suit all of them. The case of ‘Stranger Things’ is surely situated between both realities, but there has come a time when Netflix needs events to strengthen itself in the face of the position of weakness that it has been experiencing lately.

To this we must add that the episodes of the fourth season of ‘Stranger Things’ are especially long: none of them are less than an hour long and the last one will be the longest of the series. In fact, they are altogether 9 episodes for almost 13 hours, something that may have influenced the decision to reserve two episodes for July 1. A timid attempt to start moving away from those marathons that burn many more series than they help in something? Unpublished yes it is.

The (not) blow on the table

However, what he is going to achieve in this way is that the first seven episodes are consumed quickly and in direct competition with ‘Obi-Wan Kenobi’, which will have a new episode the following week and the next until it reaches its end on June 22. ‘Stranger Things’ will not stop losing strength in all that time, thus unnecessarily losing the status of great television phenomenon this summer. Yes, then it will premiere two episodes that promise to be tremendous, but whoever strikes first strikes twice.

In addition, this happens at a time when Netflix cannot afford to be seen in inferiority to Disney +. And it is that perhaps dividing it into two parts with such little difference is a first attempt, but here It was necessary to hit the table and make it clear that ‘Stranger Things’ is THE SERIES, and it has not succeeded.