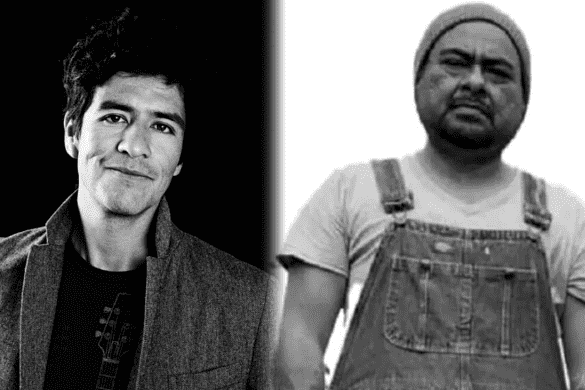 Last Thursday, June 16, the actors Raymundo Garduno Cruz and Juan Francisco Gonzalez Aguilarwho were in Mexico working on the series of Netflix ‘The Chosen One’, died in a traffic accident after the van that was transporting them to the local airport crashed and overturned, leaving four other team members injured.

Yesterday, Monday, the streaming company released a statement in the Deadline medium in which regret what they consider an “unfortunate accident”. In it you can read the following.

“We are deeply saddened by the tragic accident that has claimed the lives of Ray Garduño and Juan Francisco González. Our thoughts are with their loved ones and those injured during this unfortunate accident.”


For its part, the producer Redrum It has also issued a statement in which it underlines that, according to authorities and reports, at the moment everything indicates that we would be facing a fortuitous accident.

“All of us who are part of the production of ‘The Chosen One’ are shocked by the tragic accident that occurred last Thursday, while traveling from Santa Rosalía, Baja California, to the local airport. We are deeply saddened by the deaths of our colleagues Ray Garduño and Juan Francisco González and we support all those affected by this horrific tragedy. Redrum has been cooperating with local authorities and initial reports and witness statements indicate that all safety protocols were in place and that this was an unfortunate accident.”

However, on the other side of the coin, friends of the deceased like the novelist Rick Zazueta, they have echoed the cast’s complaints regarding the logistical conditions of the shoot and question the official version of events. This can be read in this text, shared by the writer on his Facebook account.

“This is a call for justice for these deaths. This was no ordinary accident. The cast had been openly complaining about the production’s transportation and logistics problems, calling them illogical, unacceptable and stupid. Conditions in the van were Totally unsuitable for transporting people – worn tires, noisy brakes, a loose steering wheel, not all seat belts working… easily identifiable danger signs But the show must go on, and the actors are engulfed by the art and want work, and they don’t have as many opportunities to do so, so they take these gigs with big Netflix dreams and the promise of a small paycheck.”

At the moment, the production of the series, based on the homonymous comic by Mark Millar, has been temporarily detained and a possible resumption date has not been reported.

What did the queen die of? Her death certificate was published

Why do series with sex scenes succeed?