Neither María Pombo nor Chiara Ferragni, Ludovica is at 12 our new favorite it girl (and TikTok’s) 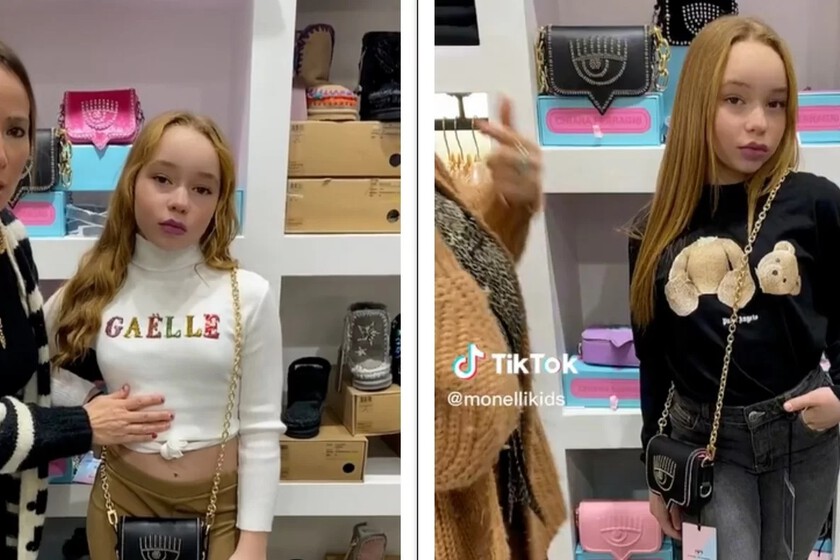 North West may currently be the most iconic girl in the world, but the American has just had competition in Europe. And also to Chiara Ferragni because, friends, right now the birth of a new influencer is being lived live on the networks. Her name is Ludovica Scognamiglio and, although she is just a high school student, in the “for you” of TikTok Italy nothing else comes out these days. Halfway between the meme and the natural talent, she is the moment and maybe also the future.

“Titti cosa indossa Ludovica?” or “Tittí, what is Ludovica wearing?” is the new viral audio from TikTok that comes, this time, from Italy. There, Monelli Kids, a multi-brand clothing store based in Naples has inadvertently launched the owner’s cousin’s daughter to fame.

The thing is so. Imagine that your aunt, the one who handles the networks perfectly but, deep down, she doesn’t fully understand them because she didn’t grow up with them and, in fact, they caught her quite old, opens an account on the favorite platform of teenagers with the aim of promoting their clothing store.

The result is exactly as you are imagining: with a fucking shabby and a naive point. Although, in the case of this 55-year-old woman, effective because He has seen how, with the joke, sales skyrocketed.

All the videos follow the same scheme. The owner of the store shows the outfits worn by some girls and boys who pretend to be model-influencers. However, among all of them stands out Ludovica, 12, who thanks to these clips has become a real star for his presence and self-confidence.

“Titti, what is Ludovica wearing?” a female voice always asks at the beginning of the videos. This is Rosa, Titti’s 21-year-old daughter and who encouraged her to open Monelli Kids accounts on social networks. However, it’s not all laughs. On the other hand, there is also talent in this phenomenon and that is Ludovica has a lot of art to pose.

Titti has told the Italian press that “since she was very young she has always been very intelligent and pretty”. However, it was through the Instagram of the girl’s mother (and her cousin) that she became aware of the natural grace to pose “like a model” she had.

In addition, he assures that in Naples everyone stops them and wants to enter the store. “Ludovica’s mother tells me that she can’t walk to school. I also have a 12-year-old son and in class everyone asks him ‘What is Ludovica wearing?'” Titti said in an interview.

The truth is that in this case the emotions aroused by the videos move between irony and real admiration, everything that Ludovica uses is sold, according to Titti. Of course, she hasn’t missed the opportunity to shine alone either and has already opened her own TikTok account. Does Chiara Ferragni have to worry?

UK will exceed 40 degrees for the first time

If after the summer you are looking for a change of look, these nine long hair with bangs are the most stylish