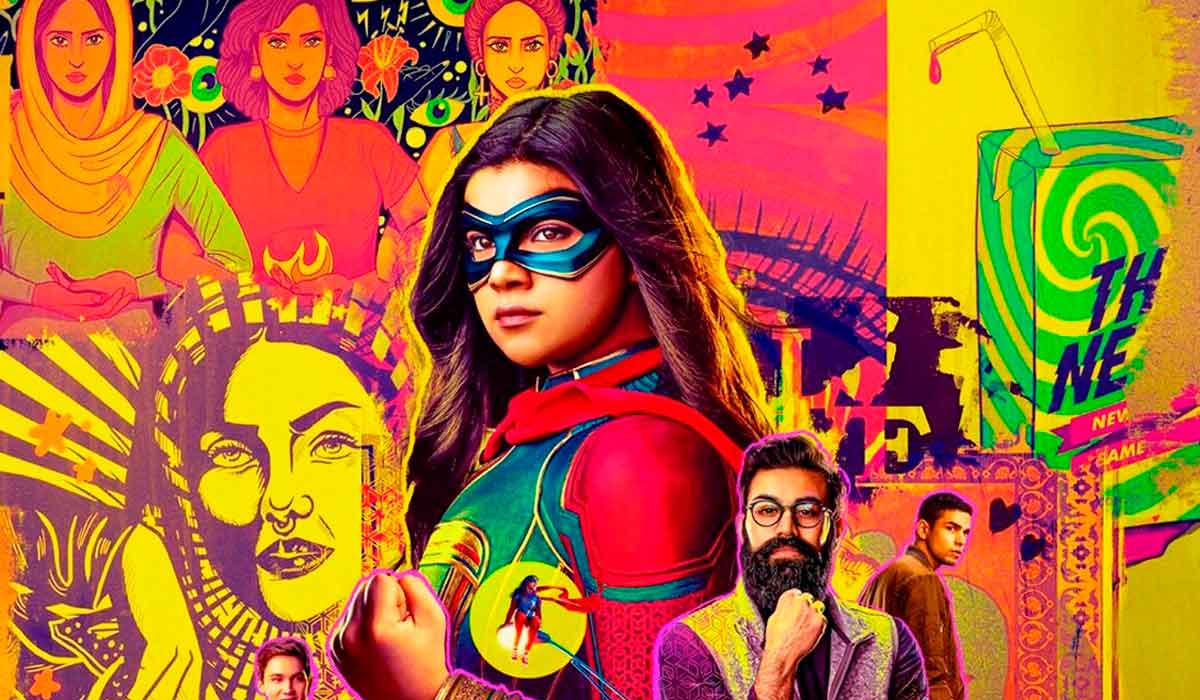 To date, Thanos remains the biggest threat the heroes of the MCU have ever faced. But even though it’s hard to top a villain who killed half the entire universe, there’s still a chance the Avengers will have to face an opponent of equal or greater power than the Mad Titan. However that could be changing after seeing the post credits scene of mrs marvel.

So far, only one confirmed MCU character has emerged as a worthy candidate to replace the almighty Thanos. the plans of Ant-Man and the Wasp: Quantumania and the end of Loki reveal that Kang the Conqueror will arrive very soon in the MCU, as one of the biggest threats that the MCU heroes will have to face in this Phase 4. However, the villain seems to be far from being the replacement of Thanos as the great villain that pull the strings in this new stage of the Marvel Cinematic Universe.

Since the studio could be laying the groundwork for the MCU’s next big bad. episode 6 of mrs marvel concluded with a post-credits scene that featured a surprise cameo from Brie Larson’s Captain Marvel. Her arrival was a preview of what is to be seen when she teams up with Kamala Khan and Monica Rambeau in the marvels, but exactly what he was teasing wasn’t confirmed within the scene itself. However, the comics shed light on what Marvel could be preparing, and that it would also be related to the post-credits scene of Shang-Chi and the legend of the ten rings.

The way Kamala’s bracelet in Ms Marvel causes her to seemingly trade places with Carol Danvers is identical to a situation shared by Rick Jones and Captain Mar-Vell. In the 1960s, the two characters were in possession of pairs of bracelets called Nega-Bands. Unbeknownst to them at the time, the two pairs were linked by an interdimensional bond. Mar-Vell’s Nega-Bands trapped him in a mysterious dimension called the Negative Zone, while Rick found his on Earth. When Rick brought them together, he immediately switched places with Mar-Vell. Due to their connection, the two characters could not coexist in the same place. Only one could be on Earth while the other was forced to wander the Negative Zone.

Looking at the situation in mrs marvel has put Carol and Kamala in, there is now strong evidence that the Negative Zone will be crucial to the story of the marvels. As for what it actually is, the comic book version was a mostly empty realm made up of antimatter.

While the MCU may make some changes to it, it will likely stick to the same basic concepts that defined it in the source material. Furthermore, the interpretation of the marvels from the Negative Zone could allow Kamala and Carol to cross paths with characters tied to this particular corner of the Marvel Universe. If that’s true, the movie the marvels could feature the MCU debuts of Annihilus and Blastaar, the two most prominent denizens of the Negative Zone. In the comics, the two villains were locked in a centuries-old war with both sides fighting for control of the Negative Zone.

How did Captain Marvel get her hands on the other mega-band?

If you remember in the scene after the credits Shang-Chi and the legend of the ten rings, Wong, Bruce Banner, and Carol Danvers, have a meeting with Shang-Chi, to try to discover the origin of the rings, since the first time that Shang-Chi uses them, they could feel their power in Kamar-Taj, as if the rings were sending a message maybe to fin fang fung? Suddenly an alarm goes off for Captain Marvel and she has to leave urgently. It is possible that Kamala’s use of the bracelet activated the other Mega-Band and Danvers had to go out to investigate the signal in space, thus reaching the other bracelet (Mega-Band), and making contact make the exchange possible. of places with Kamala. Which would make the young superheroine get hold of the other bracelet.

Annihilus is an incredibly powerful villain who once forced Marvel’s greatest cosmic heroes to team up with Thanos himself in Marvel’s Annihilation event. Given the danger he would pose to the MCU, it’s easy to see Annihilus in the role of Phase 5’s next big villain. Much like his comics counterpart, his primary goal in the marvels It can cause your exit from the Negative Zone. If so, he could be a secondary antagonist in the movie with someone like Blastaar or maybe a different character completely driving the main story.

Depending on how things play out, Annihilus could reach his freedom at the end of the marvels, thus opening the door to a MCU version of Annihilation where he launches his Annihilation Wave, which was an intergalactic army bent on annihilating everything in its path. Annihilus could attempt to cause massive destruction throughout the universe after the marvels could pave the way for a crossover of cosmic proportions in the MCU’s Phase 5. Stopping the annihilation wave from spreading and wiping out entire civilizations could easily justify a team-up between Ms. Marvel’s Kamala Khan, Captain Marvel, Adam Warlock, Nova, the Fantastic Four, and more.