Ms Marvel: easter eggs and secrets from the end of season 1 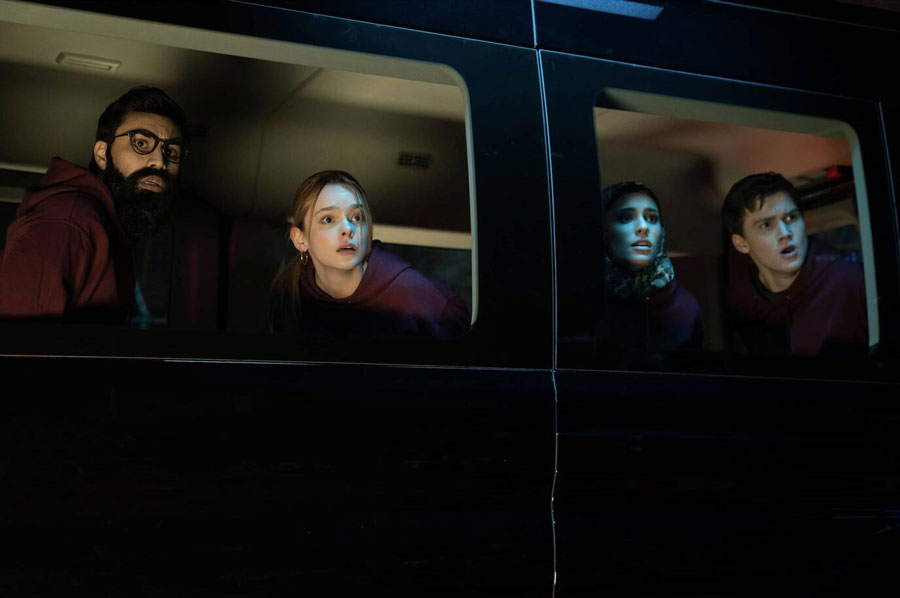 Sure Ms Marvel was your favorite series, that’s why we recap the end of season one through the easter eggs.

Season 1 of Ms Marvel has come to an end, and that’s why we decided to bring you the chapter six easter eggs. But you know, this text contains spoilers for the final episode.

The episode is called “Not Normal”, just like the first arc of the Ms. Marvel comic.

When Kamala confesses to her family that she is “Night Light”, Taisha, her sister-in-law, asks her if they are unlimited or should she recharge them, referring to Green Lantern.

One of the logos on the opening curtain of the chapter has a reference to the release date of the Ms. Marvel comic, which was in 2014.

After seeing Kamala run across the sky, we arrive at The Gyro King booth, and behind Najaf we see the QR code for the episode, which takes you to the free comic Ms. Marvel #19, in which Kamala revealed her mother and to Nakia, that she has powers.

During the attempt to capture the two young men with powers, we see that the agents of the Department of Damage Control carry repulsor beam weapons, with the same technology as Iron Man’s repulsors. As is known, the Department of Damage Control was created by Tony Stark after Avengers, as he became known in Spider-Man: Homecoming, but after the events of Sokovia and Tony Stark’s death perhaps his mission has changed.

They also use a cannon with repulsor technology, similar to the one used against the green giant in The Incredible Hulk.

During the battle, Kamala finally says her signature phrase from the comics: “Embiggen!”, just before enlarging her limbs.

You should also read: The word used by Ms Marvel that was added to the Merriam-Webster dictionary

After escaping from Damage Control, we see the reactions on social networks, where some details stand out. The first is the user “MasterPaul616”, whose name is a nod to Earth-616, as the main continuity of the Marvel Comics Universe and the MCU is designated.

We then see another user, #TheRealGWW”, who says “She looks very familiar”. She is about G. Willow Wilson, the creator of Ms. Marvel.

You should also read: “Kamala became the center of my life”. The moving letter with which the creator of Ms Marvel said goodbye to the character

In this part we also see the meeting between Nakia and Zoe, very similar to the comic when they become friends, in addition to the appearance of the boy “Ice-cream Pizza”, who was previously saved by Ms. Marvel and who we know is the thief of shoes.

Another scene taken from the comics is when her father tells her that Kamala means “Marvel” (Wonder) and that she has always been his little “Ms. Marvel”.

After that moving scene, we see the recreation of the cover of Ms. Marvel #5, which Marvel Comics Mexico presents in its special volume with the first arc of the series.

Shortly after that, we see that Bruno meets with Kamala and Nakia, where he confesses that there is something different in his genes, a mutation, which is accompanied by the theme of the 1992 X-Men animation, officially giving the arrival of the mutants to Earth-616.

You should also read: The secrets hidden in the genetics of Ms Marvel

In the same scene, to end it, Nakia calls them with the phrase “Get on, losers, let’s go for shawarma”, which leads us to two movie classics.

The first is Mean Girls, from which the original phrase that Rachel McAdams says to Lindsay Lohan is taken: “Come on up, loser, let’s go for pizza.”

The next reference to the same sentence is from the end of Avengers, when a beaten Tony Star asks Captain America if he’s tried the shawarma and then leads the team of heroes to eat it.

Finally, we see the post-credits scene with the appearance of Carol Danvers and the legend that Ms. Marvel will return in The Marvels. Many have connected this scene with the nega-bands and with Shang-Chi, but that is the subject of another article.

Arachnofobia (1990) will have a remake

the cheapest way to enjoy Dolby Atmos at home