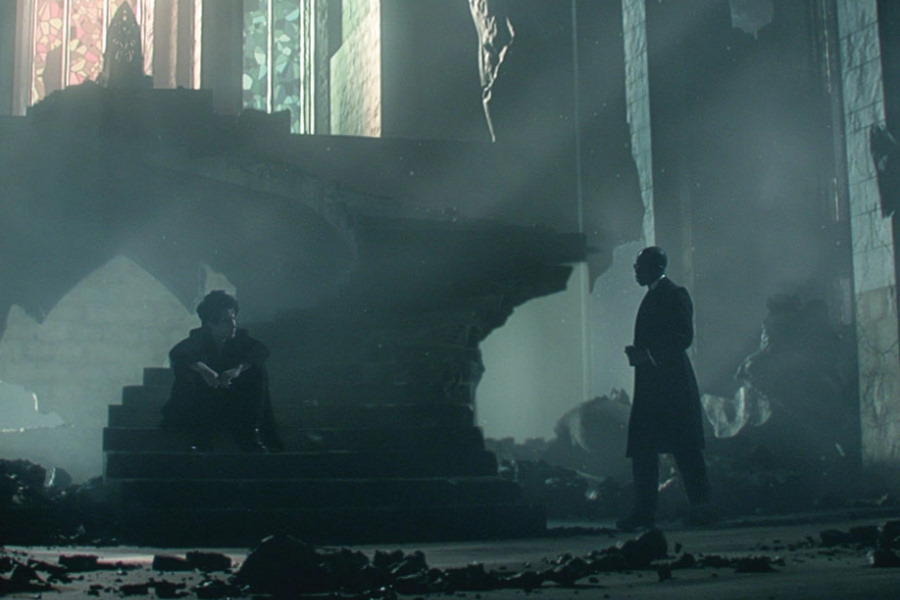 With the promise of Neil Gaiman to have a magical series, the production of The Sandman shares a new image headed by Morpheus and Lucienne the librarian

One of the most beloved titles among readers of DC Comics and its Vertigo label (now known as DC Black Label) is The Sandman, which will now arrive in a series for digital platforms, which has a new image.

Do not miss: What stories will the first season of The Sandman adapt?

The Total Film site shared a new postcard from The Sandman, with Morpheus and Lucienne in the Kingdom of Dreams and nightmares, once Morpheus regains his freedom.

Neil Gaiman assured that after a long search to adapt the comic series to the big screen, fans will see that magic will be present at every moment in this proposal.

“I can’t promise this is the Sandman of your dreams… but I can promise I’m proud of what we’ve done”.

Gaiman’s supervision of The Sandman

Gaiman recalled the different projects that were developed, which did not culminate in the cinema or on television, since the scripts that were written simply did not fill his eye.

“I had no faith that we would always get here…but I had faith that the important thing was to prevent bad versions from being published…Once a bad version is made, you never come back from it.”

What’s going on with ‘Sandman’? Why season 2 of the Netflix series remains unknown and what are the chances that it will be renewed or canceled

Maribel Guardia confesses that a paparazzi scammed her; although he paid him, he published the image

150-million-year-old dinosaur up for auction in Paris

16 mysterious objects whose function was revealed thanks to Internet experts