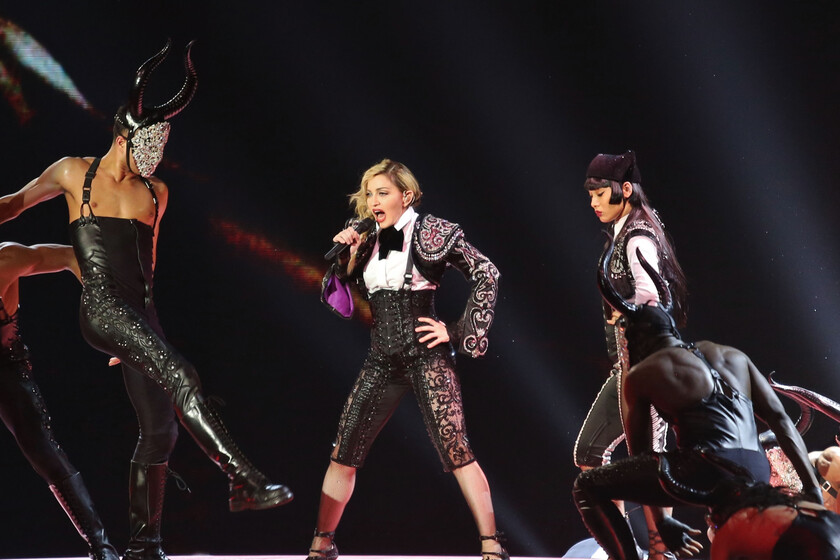 Girls, boys, kids and everything in between, it’s time to choose the position for that moment when Madonna asks for “strike a pose” because the singer will not only pass through Spain with his new tour but the setlist will consist solely of his greatest greatest hits.

Madonna has announced the start of his new tour that will be titled: The celebration tour and with which he will tour 22 cities in the US, 3 in Canada and 11 in Europe. And yes, our country is also among them. More specifically, it will act in Barcelona on November 1, 2023.

With the motto “Come and join the party”, the objective of the tour is to review the four decades that the artist has been serving hymns, looks and dance steps from the world of music.

If new dates are not added in the future, the one in Barcelona will be the only concert that the queen of pop offers in Spain. However, in Europe it will also go through Paris, London, Amsterdam or Cologneamong other cities.

Tickets for this concert at the Palau Sant Jordiwhich everything indicates that it will be historic, will go on sale this Friday, January 20 at 10:00 a.m. In addition, certain groups of people will have the opportunity to access a pre-sale that begins today, Wednesday January 18, and will last until tomorrow, Thursday January 19.

The Official Fan Club members by Madonna have been the first to have the opportunity to access the pre-sale this Wednesday, until 6:00 p.m. Also credit card holders American Express can also You can access another pre-sale that lasts from Wednesday to Thursday at 6:00 p.m. Finally, registered users in LiveNation have the opportunity to enter another pre-sale on Thursday from 10:00 a.m. to 6:00 p.m. on the web livenation.es

However, tickets can also be purchased at Ticketmaster and the Madonna website. In this last if youFurthermore, it is explained that The Celebration Tour pays homage to New York City, where he began his musical career. In addition, it is also stated that Madonna is “excited to explore as many songs as possible hoping to bring fans the show they’ve been waiting for.”

However, the tickets are not within the reach of all pockets. Above all, if you want to enjoy the show well and calmly. Although the cheapest ticket is worth 40 euros (+ €5.50 expenses) on the sixth floor of the standsthe figure goes up considerably as one gets closer to the best sites:

However, for the big fans and for those who don’t like these prices, there are also different VIP options that, Depending on the amount, they allow you to skip the queues, access exclusive merchandising, take a picture on stage before the concert or a guided tour of the backstage, among other extras:

the contestant wins the ‘Duel of Champions’ and wins the jackpot of 50,000 euros

From the pool, Karol G’s sister, Katherin Giraldo, paralyzes the networks with her micro swimsuit

the crises he faced