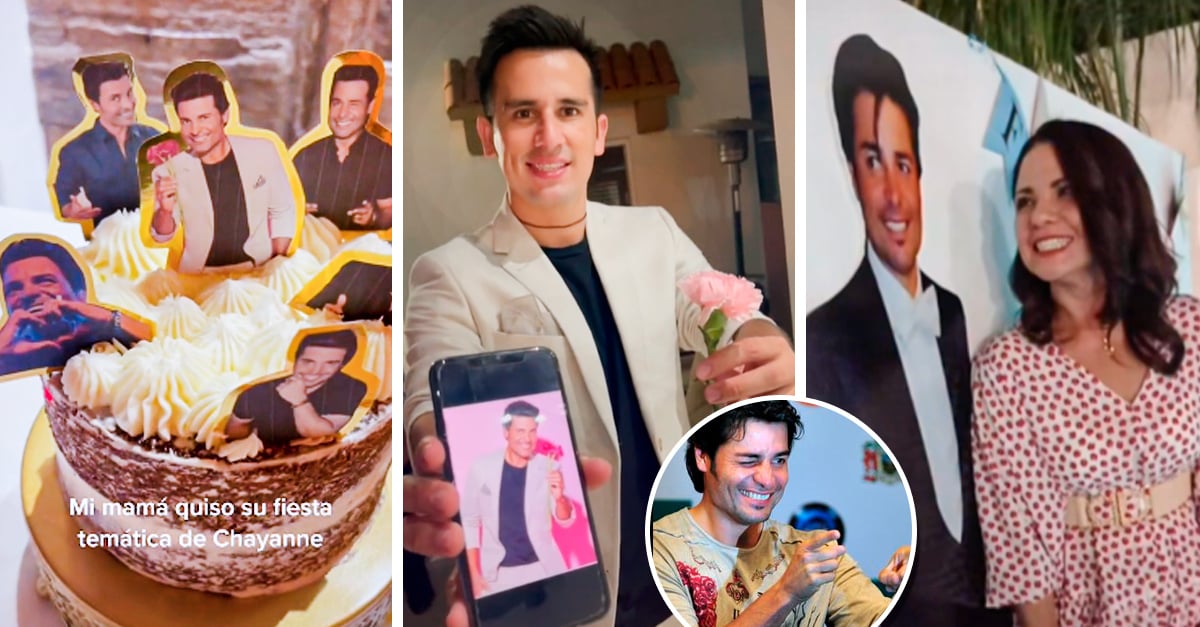 Chayanne is one of the singers who marked an entire generation at the end of the 90s with his hits I leave all, waltz time, And you go away, A century without you, among many others. The Puerto Rican not only conquered the ears of many people around the world, but also managed to conquer the hearts of mothers throughout Latin America.

As proof of this, for some years, we discovered that Chayanne is the father of millions of young Latinos, well, at least that’s what our moms say, because it almost became law that every Latin mother likes the singer. And we can not judge them, the man is not bad at all.

Who is very clear that the singer is quite a hottie is the protagonist of this viral story, which became popular because her daughter shared on TikTok her party with the theme of the interpreter of Bullfighter.

Under the user @michellecundapi, the young woman published a recording of the birthday party they organized for her mother, where Chayanne was the protagonist, since both the decoration of the place and the cake were about the singer. There were even cookies with the photo, the name and the phrase “I Love Chayanne”.

As if it wasn’t enough to see Chayanne everywhere, the guests had to attend dressed in some famous outfits that the singer has carried at some point.

During the video, several guests can be seen showing a photo of the interpreter’s clothing on their cell phones, from denim outfits to the famous white suit with a black shirt. Without a doubt, the members of the family made the woman’s party perfect.

To close with a flourish, Michelle’s mother fulfilled her greatest dream of dancing the classic waltz time with his beloved Chayanne. Although he did it with a life-size cardboard cutout, for her it was as if he had been with the singer himself. If you don’t believe us, just look at the huge smile on her face.

The clip of Chayanne’s theme party immediately went viral on the TikTok platform, where countless women commented that they wanted to have a party similar to that of the happy woman. However, there was a comment that stood out among all and that even Michelle answered with a second video of her mother’s party, because before the expression “Mom, if you see this, why did that lady dance with my dad?” tiktoker He answered: “Do we all have the same father?”