Milan, the son of Shakira and Piqué, revolutionizes his parents in full controversy for this reason 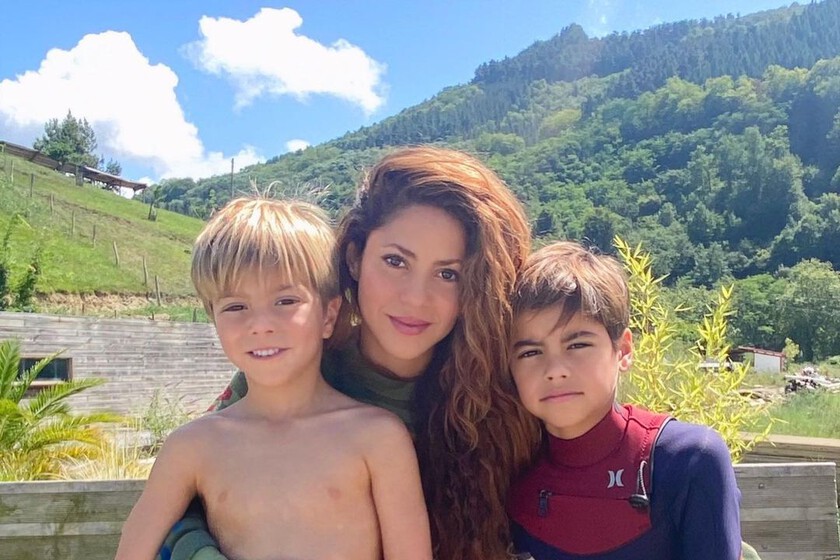 Milanthe eldest son of Gerard Piqué and Shakira, He turned ten this Sunday in the house where the singer has her mother-in-law as a neighbor and the press at the door. The shoot has blown out the candles in the Ciutat Diagonal urbanization in Esplugues de Llobregat surrounded by friends and with a lot of movement of people coming and going of the mansion where one day the united family was happy.

The star of the party appeared by car accompanied by his father Gerard Piqué in the passenger seat (a symptom of feeling older for every child) heading to his grandparents’ house, that is, the soccer player’s parents. It is the closest we have seen Shakira and the blaugrana to be together since they met at the baseball game of her other son.

A little later Packages began to arrive at Shakira’s house. Everything indicates that it was the cake for the party, which came in a cardboard bag, as well as children’s games that would be intended to liven up the evening that Milan and his parents have organized to celebrate their tenth birthday.

A group of fans has been located at the door to see if they could get a picture of Shakira a week after she came out to greet them last Sunday. However, the only thing that has been heard from the singer has been the ‘Happy Birthday’ that they have sung dedicated to Milan.

Other of the most special guests for the birthday boy was Tonino, Shakira’s brother, who came out to greet the fans and thank them for waiting at the door to congratulate Milan. Nor have Piqué’s parents been missing, the youngest son of former Dutch player Patrick Kluivert, who is a friend of the eldest of the children of the singer and soccer player.