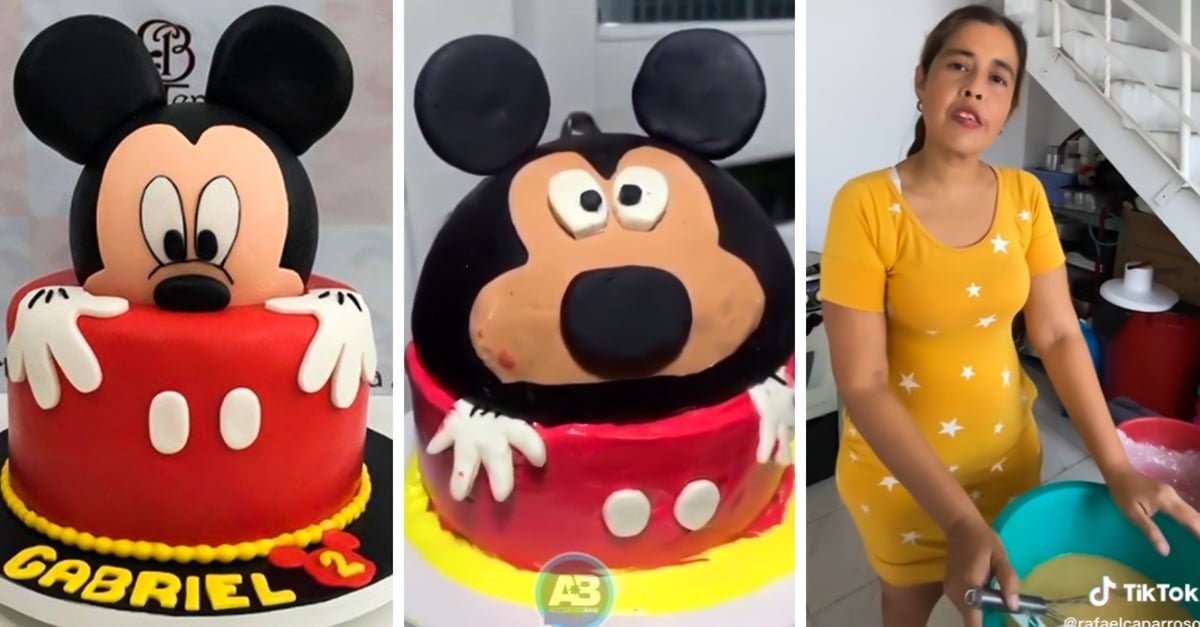 In mid-April, a man posted a recording on Twitter denouncing expectation vs. the reality of the cake with the figure of Mickey Mouse that he ordered at the Marce bakery in Barranquilla, Colombia.

The cake nicknamed “Maikol la rat” went viral on the Twitter account @ojovallenato_ under the #DenunciaCiudadana, as the man was in charge of evidencing the poor quality of the cakes in that place. If you do not know what we are talking about, here we leave you the video of the gentleman who described the cake as a “vulgarity”:

However, we all have the right to reply, so the Colombian-American actor Rafael Caparroso took on the task of looking for the confectioner in charge of the pastry shop, to learn the other side of the story and, through an interview, told him what really happened.

Through his official accounts, in which the Colombian artist published a video in which he begins by showing the recording of the complaint of the cake to put users in context, you can see how Rafael goes to the home of the woman in charge to make the cakes, in order to interview her and learn her version of the events before the failed Mickey Mouse cake.

I believe in second chances! And as the saying goes, there is no evil, for good it does not come! #motivation #colombia #cakes #barranquilla #viral #rafaelcaparroso #chef #dessert #mexico #spain #latinos #colombianos

From the place where Marce makes her cakes, the woman told Rafael that she learned to be a pastry chef empirically and without any training or studies. According to the pastry chef, at the age of 19 she gave birth to her first child by caesarean section, so she could not walk, so she started baking cookies and cakes, but it was not until later that she started selling them. .

When asked about the viral cake, the woman replied:

I don’t make orders like that, I take them days in advance. So I made the pudding (cake) and I had to leave at that moment but I had already left everything ready. My daughter, who is not a pastry chef, as she saw that I was taking a long time, in her innocence she said: ‘I’m going to help my mom’, and when I got here she had already covered the pudding.

Despite the good intentions of her daughter to help her, the person complained about the appearance of the cake, for which the confectioner assures that she returned the money, since it was a fair way to remedy the annoyance of the dissatisfied customer and avoid problems.

I gave him his money, but later I realized that the video was circulating. That was what offended me, it’s a demeaning thing. Everyone commenting without really knowing what happened.

As a reward for the degrading way in which Marce’s pastry shop was exposed, the actor gave him a place for the diploma at the Chef Caparroso School, which will help him improve his technique with his cakes and thus receive more people.