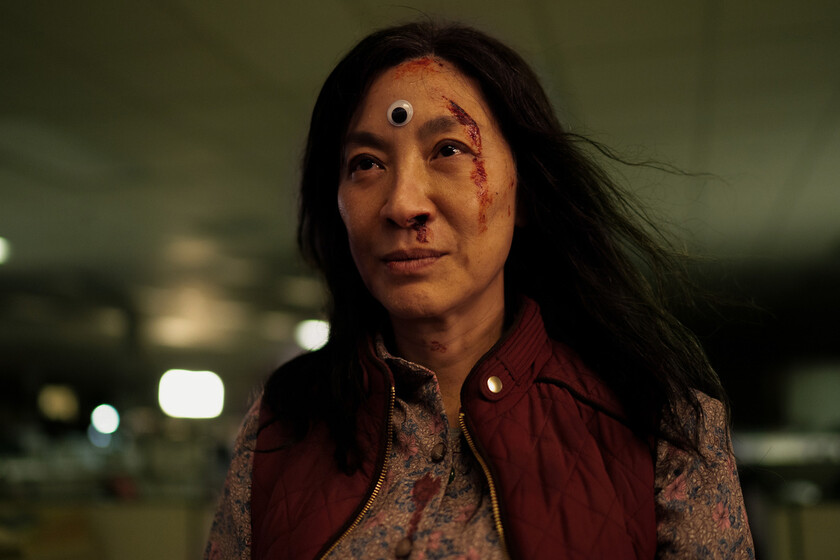 It took Michelle Yeoh 59 years to land her first leading role in a Hollywood film, but the Academy of Motion Picture Arts and Sciences hadn’t recognized any Asian-identifying woman in its best actress category for 95 years. Today, The Malaysian-born performer has received her long-awaited Oscar nomination for her multifaceted role in ‘Everything at once everywhere’ (Everything Everywhere All at Once 2022) by A24.

Hong Kong movie star receives her first Oscar nomination at the age of 60, being until now known in the United States for her supporting roles He steals scenes in movies like ‘Tiger and Dragon’, ‘Tomorrow Never Dies’ or ‘Crazy Rich Asians’. But for the Academy, the milestone is even more important, as the Oscars’ best actress category is historically one of the awards body’s whitest and least diverse.

Yeoh told The Hollywood Reporter after the nominations were announced:

“It has taken a long time. But I think this is beyond me. Right now, constantly, all the time, Asians come up to me and say, ‘You can do it, you’re doing it for us.’ It’s like, ‘I understand. I totally get it.’ All this time, they have not been recognized, they have not been heard.”

Halle Berry remains the only non-white winner, more than 20 years ago for “Monster’s Ball,” and only a dozen black women have been nominated for best actress. The first was Dorothy Dandridge in 1955 and only four Latinas have received nominations in the category including Yalitza Aparicio, but not a single woman who identifies as Asian, the largest racial group on the planet, had been recognized for best actress for the Academy Awards if we exclude Merle Oberon who hid her ancestry and passed for white.

They elect a mayor of the United States with a coin

Nicolás Maduro gives away an action figure inspired by himself

A historical revisionism of the Mexican National Team

Travis Barker is hospitalized in an emergency; daughter asks for prayers

Salma Hayek: the disease she has suffered since she was 11 years old and how she faces menopause

TikTok discovers the perfect Christmas tree for houses with cats (spoiler: they won’t be able to knock it down)