Mexicans and Central Americans among trailer victims in Texas 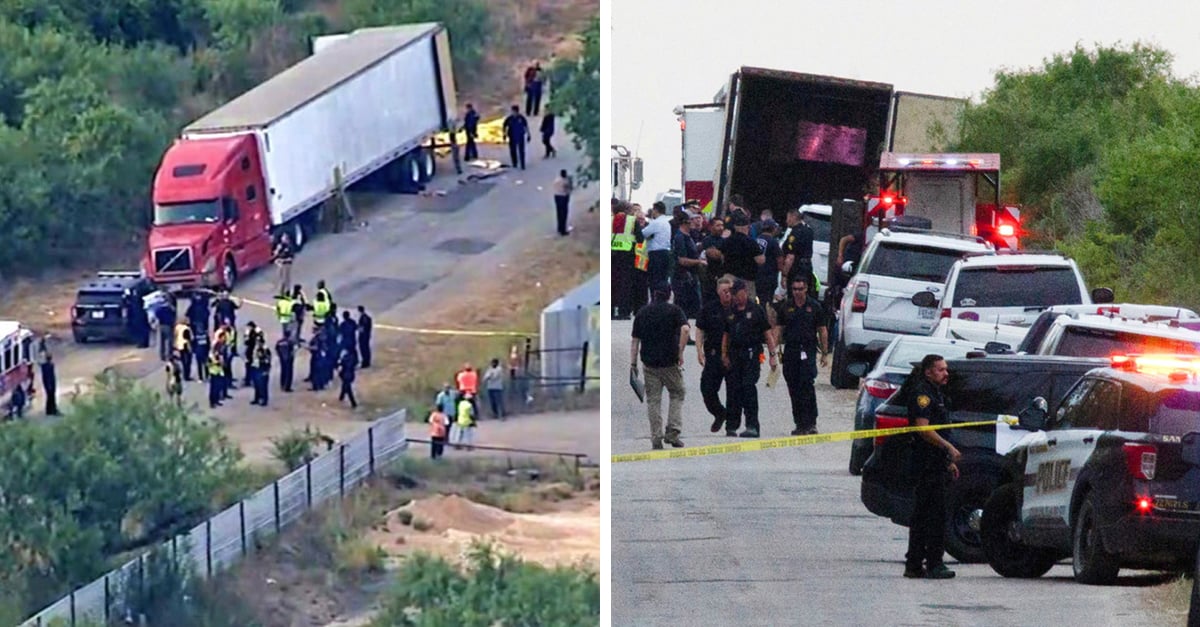 On the afternoon of June 27, United States authorities found the box of an abandoned trailer in San Antonio, Texas, near Quintana Road, near the city of Nuevo Laredo, in Tamaulipas, Mexico, in which they found 50 migrants died of suffocation.

Upon arrival at the scene, federal authorities found 16 people alive, of whom four were minors and 12 adults, who were transferred to four hospitals, University, Methodist del Centro, Baptiste del Centro and Santa Rosa West Overhills, to provide them with medical care.

According to information provided by the San Antonio police, so far there are three people detained in this case, which is hypothesized to be a trailer of migrants who crossed illegally and then dispersed throughout the United States.

While the investigations in the case progress, in the early hours of this June 28, the President of the Mexican Republic, Andrés Manuel López Obrador, reported during the morning that of the 50 people found in the trailer in Texas, 22 were identified. Mexican migrants, 7 Guatemalans, 2 Hondurans and the rest without information on their nationality.

The cause of death of the 50 migrants who were found lifeless inside the trailer of the trailer found in Texas was due to exhaustion and excess heat, since they did not have water or ventilation, which caused them to suffocate and dehydrate.

The authorities are investigating everything related to the case and hope to find the whereabouts of the human trafficking network that operates on the border and is responsible for putting these people in subhuman conditions.

Given the identification of the 22 Mexicans who were victims in this tragedy, Mexico joins the investigations of the event in the United States. For this reason, on July 12, this case will be discussed between Andrés Manuel López Obrador and the president of the United States of America, Joe Biden.

This theme is central. We have been proposing it, it is necessary, this is bitter proof that we must continue to insist on supporting the people so that they do not have to leave their villages.

The beautiful dresses that Jennifer Lopez wore for her second wedding

I see the world number one very far away: Alcaraz

The true cause of the death of the young Debanhi Escobar