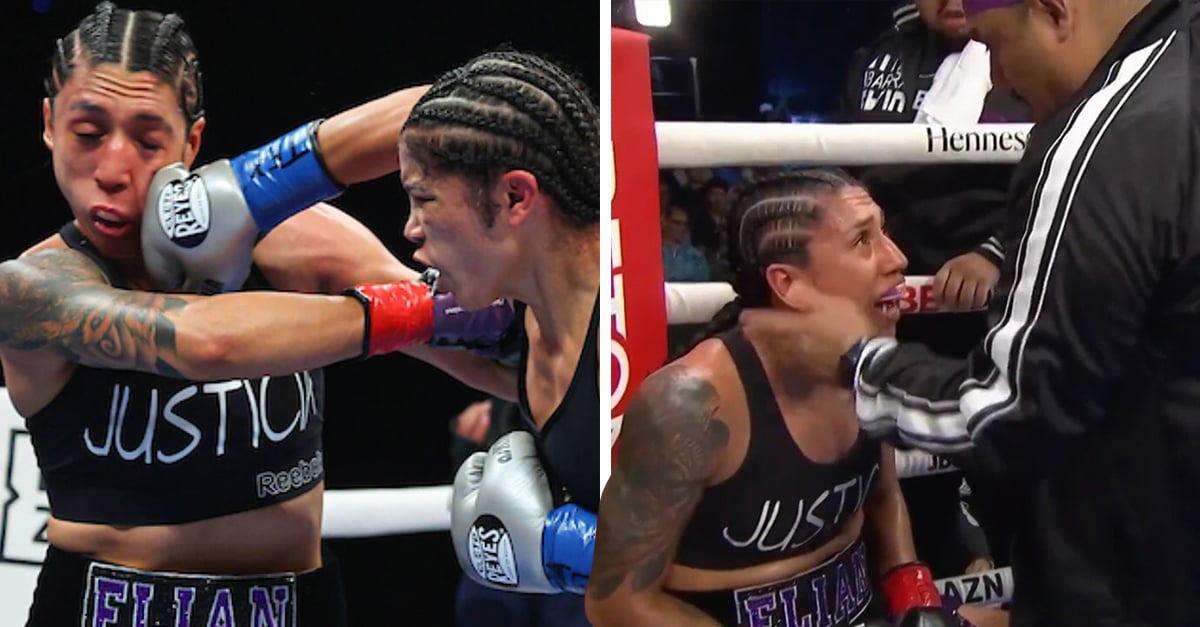 Alma Ibarra, a Mexican boxer, was facing Jessica McCaskill to win the unified welterweight titles. Her fight was one of the most anticipated, but it ended with great anguish for the spectators, who witnessed how the Mexican boxer begged to stop the event to get home alive.

In the first roundMcCaskill showed some dominance and advantage over the ring. Her blows mostly hit soft areas of Ibarra’s body, causing her to lower her guard and receive several blows to the head.

At the end of the third round, Ibarra went to his corner. Her team tried to encourage her to return to the ring and get the victory in the fourth roundbut she couldn’t take it anymore and with a desperate look she asked her coach to stop the match.

“Nope. No. I just want to get home alive”, were the words that Ibarra pronounced. Her phrase caused concern in the referee, who approached to see the condition of the boxer and after evaluating the situation, agreed to her request. No one present believed what was happening, especially since the fight was planned for 12 rounds and ended in the third.

It is worth mentioning that Ibarra did not appear to have physical damage to his face, head or any other part of his body, but he assured that he was not in a position to continue fighting, since the blows that his opponent dealt him on the head were increasingly intense. causing disorientation, dizziness and imbalance.

So far there is no official report on Ibarra’s health status. However, his followers assume that everything is in order because there have been no further statements on the subject.

Claudia doesn’t stop having exes in ‘The island of temptations 5’, but Javi continues to trust her: “I’m calm”

Alex Hoyer, boyfriend of Danna Paola, comes out in her defense and asks to stop criticizing her body

Batwoman and Legends of Tomorrow canceled for this reason