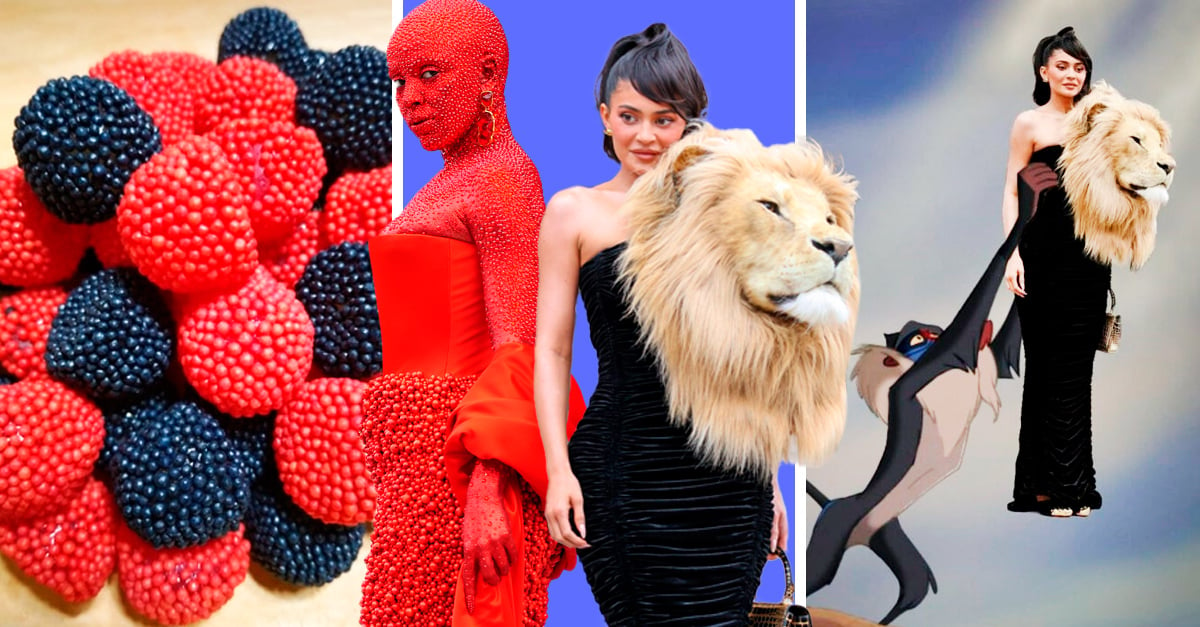 We gather here to talk about the extravagant looks that Kylie Jenner and Doja Cat wore on the Schiaparelli couture runway in Paris, France, on January 23. Before starting, you should know that the show was inspired by Dante Alighieri’s Inferno, as a metaphor for the creative torture experienced by artists, so the bizarre quality was very present.

Knowing this, let’s talk about the 25-year-old model first. Kylie dazzled (or disgusted) us modeling a black velvet gown adorned with a life-size lion’s head. This was a hyper-realistic imitation created from foam resin, which symbolized the pride with which the king of the jungle, mentioned in the poem between 1304 and 1308, is commonly depicted.

Contrasting with the impressive outfit is that of the 27-year-old rapper, who, without a doubt, stole the looks that the carnivorous mammal had initially earned. The reason was that the interpreter Woman it was covered in more than 30,000 hand-applied crimson red Swarovski crystals.

The image is so singular that it has caused from admiration to displeasure, but yes, it achieved its goal of implanting itself in our memory. Therefore, so that you do not have nightmares with Doja Cat, below we leave you the best memes that came out of the situation.

1. Even the lion was offended

kylie jenner when doja cat showed up to the schiaparelli show pic.twitter.com/rCiTGsHKjl

Kylie Jenner when Doja Cat showed up at the Schiaparelli show.

2. Poverty will not win me

me following the trail of red swarovski crystals to find doja cat pic.twitter.com/sK5GLJ2YaE

Me following the path of red Swarovski crystals to find Doja Cat.

How everyone sees doja cat /// as I see her pic.twitter.com/l1ufv8jnhY

4. If you say his name three times in front of the mirror, he appears behind you

STOP SHARING THE PHOTO OF DOJA CAT THAT MY TRIPOPHOBIA DOESN’T LIKE pic.twitter.com/0fZ4wEhPFR

5. Not even Guillermo del Toro dared to do so much

Me when I saw Doja Cat’s outfit at the Schiaparelli show
pic.twitter.com/FPP6wJAiJr

The energy that Doja and Kylie definitely gave.

7. The Diva of the Jungle

The Schiaparelli lion after spending an hour with Kylie Jenner pic.twitter.com/zpvZnU0jk4

Schiaparelli’s lion after spending an hour with Kylie Jenner.

8. The King Has Returned

9. This makes all the sense in the world.

Kylie Jenner at the Schiaparelli show.

We found small numbers of the famous platform UGG boots that went viral (and sold out) this season.

“Jack could have held out until the lifeboat arrived”

Martha Debayle cries when giving the news of the death of Elizabeth II; they make fun of her in networks

height, studies, relationships, style and controversies of the monarch that occupies the most headlines

For less than 90 euros, these are the Columbia jackets that Springfield puts on in its sales to face the cold wave with style