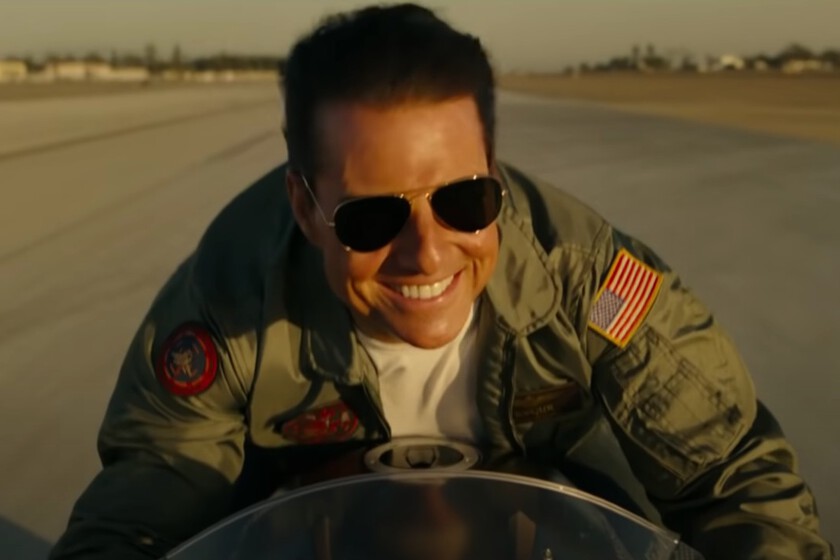 For a while, Tom Cruise was desperately looking for an Oscar.. At that time he gave us the performances of ‘Magnolia’, ‘Born on the 4th of July’ and ‘Jerry Maguire’: he got three nominations and the industry wanted to give the award to someone we saw grow up on the screen and whose success would be a real moment for us. Award history. So, in 2005, he climbed on Oprah’s couch screaming his love for Katie Holmes. And his career was wasted.

return of the hero

I know you know this story, but we are going to review it, because it is essential for understand why Tom Cruise, right now, is not interested in an Oscar. Before the couch thing, Steven Spielberg claimed that Cruise was a future collaborator, and that they had plenty of projects in mind to do as an unbeatable creative duo. Then ‘War of the Worlds’ was released and their friendship ended on the spot. The media repudiated Tom Cruise, and increasingly bizarre stories about his relationship with Scientology or the choice of his girlfriends dominated the articles on the most sensationalist websites. Do you remember eating placentas? And if I tell you that it was a comment clearly distorted by the media?

Hollywood turned its back on Tom Cruise. So much so that they even considered killing Ethan Hunt in ‘Mission Impossible: Ghost Protocol’ and making Jeremy Renner the new hero of the franchise. But by then, Cruise had already abandoned his status as a prestigious star and had embraced a new persona: that of the deranged maverick capable of making the most beastly action sequences no extras or care for his own life.

It was not easy to get here, and it was a path of reinvention of his own personality. What did it mean to be Tom Cruise? Was he just the handsome actor in ‘Vanilla Sky’ or could he open himself up to less likable roles like ‘Collateral’? Was the public capable of forgiving him? When he appeared on screen in the costume of Les Grossman in ‘Tropic Thunder’, the press was at a loss for what to do: the character they had ridiculed for the past three years was now laughing at himself. And he would once again disrupt his personality as an actor in ‘Valkyrie’ and ‘Night and Day’, throwing paste at a wall to see which one would stick. And along the way, he re-solidified his star status. Just a totally different star than it was.

The Oscar? For whoever wants it

After ‘Mission Impossible: Ghost Protocol’ his status took the form of an actor seeking his death on camera. The public and the industry they forgot the sofa, scientology, scandalous covers and rumors, and they embraced a Tom Cruise who, after ‘Rock of ages’, finally abandoned projects where he was not himself to become the man with a thousand headlines: the man capable of climbing the Burj Khalifa, rolling without gravity, staying underwater longer than humanly possible, flying on the wing of an airplane… A true 21st century wonder admired by his peers.

Tom Cruise had been reborn, and the Oscar he had pursued for years with prestigious roles (‘The Last Samurai’, ‘Eyes wide shut’, ‘A Few Good Men’) I was no longer in his dreams. It is likely that, in his old age, he will try to return to more Oscar-winning roles by abandoning action and science fiction, but right now he is more focused on entertaining the public that turned its back on him than on -for him- sterile awards.

Today, to win an Oscar, the least important thing is the role you have played: what matters is your narrative, the story you are going to tell the academics to show that you deserve it more than others. Brendan Fraser, for example, has one unbeatable: the outcast who retired from the movies for sexual harassment and came back humble and kind to everyone. But what is Tom Cruise’s? He is already the last star of the world of cinema, You don’t need an award because you still have years to go to get it. It may be that we, anxious for epic moments in a normally very boring gala, are excited that he will go up and do justice with the statuettes that he was not given in his early years, but, frankly, it is not this year, nor is it with this film .

‘Top Gun: Maverick’ It is not a sequel to use because it has no interest in being a sequel: is a meta commentary on Tom Cruise’s own identity in the film industry. He looks like that airplane pilot capable of feats that no one has asked him to do, aged in spite of him, but who he can still carry the weight of one last suicide mission on his shoulders. And, why not say it, it embroiders her best role since, probably, ‘Collateral’.

His smile is still charming and embodies the American hero, but now there is something else behind it: the racking of a life, the fatigue of feeling the only one to embody cinematographic values before the new (and, let’s not forget, volatile) fashions. But, despite everything, ‘Top Gun: Maverick’ is not the film for which Tom Cruise should win the Oscar, and even less in a year with fabulous performances that are too big for him. He will definitely win it. But right now, even being nominated is against his interests.

The Oscars, sore and bleeding, they need actors who are excited to win and who are going to campaign appearing in all the media, giving interviews, pandering to the Academy. And Tom Cruise, press-avoidant star that he is, isn’t up to it right now. Because in his hero’s journey there is still one last step to overcome: that of regaining the respect of the most academic industry, lost after so many years of impossible missions. He will get it, he will have a narrative and he will end his career with a bang.but we still have to put up with our desire: Tom still has quite a fuse to burn.

The five benefits of having a cat at home

This is why Namor from Atlantis was changed to Talocan in Black Panther: Wakanda Forever.

Camper’s white sneakers that combine with all looks

What happened to Brendan Fraser, the actor who, coming out of a deep depression, discovered that he was the most beloved person in Hollywood