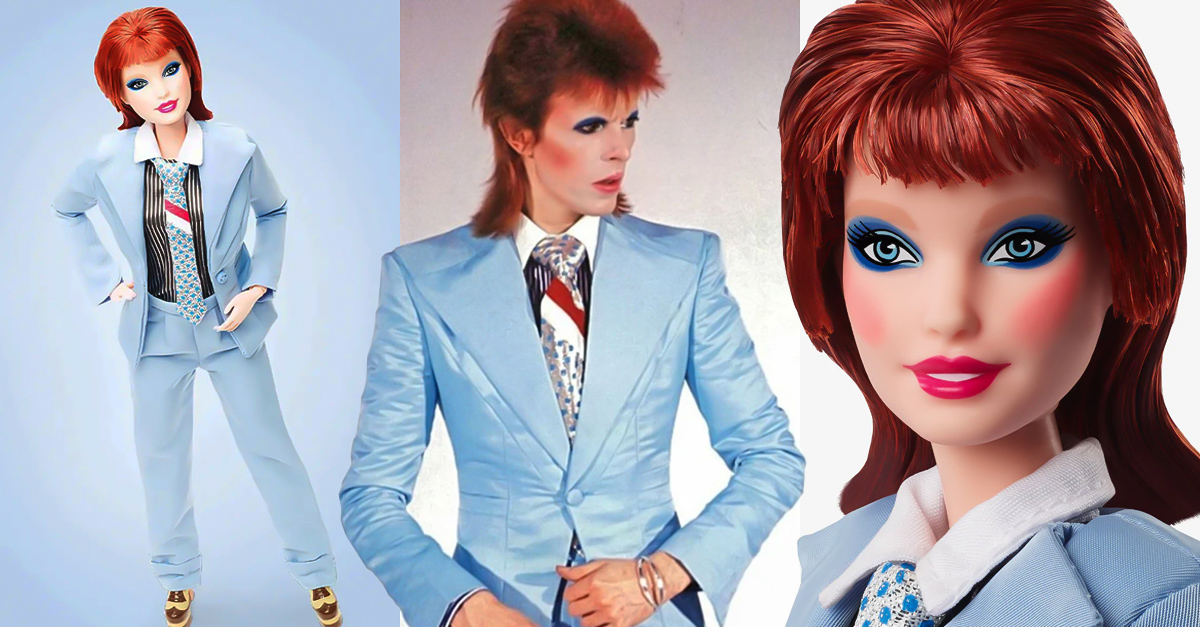 For the second time, Mattel honored the legendary David Bowie to celebrate the 50th anniversary of the launch hunky dory, their fourth studio album, featuring a new Barbie doll inspired by the “rock chameleon” signature style in its music video Life of Mars from 1971.

The limited edition is part of the Barbie Signature collection and this time, Mattel paid a lot of attention to detail for the new creation, as the doll looks like a real Bowie, with her red hair and hairstyle mullet, dramatic blue eye makeup, flushed cheeks and dressed in a matching pale blue suit with a striped shirt, tie and shoes chunky in brown.

This is the second release of a David Bowie inspired doll from Mattel. The first was released in July 2019, celebrating the rock star’s Ziggy Stardust era and the 50th anniversary of his hit single. space oddity.

The new David Bowie Barbie is available in a limited edition on Mattel’s website for US$50 and is limited to two pieces per person. Take a look at the preview images below.

Carlos Calderón: “A year that has been one of the most difficult of my life, brought me to my knees”

1 dead and 40 injured at music festival in Spain