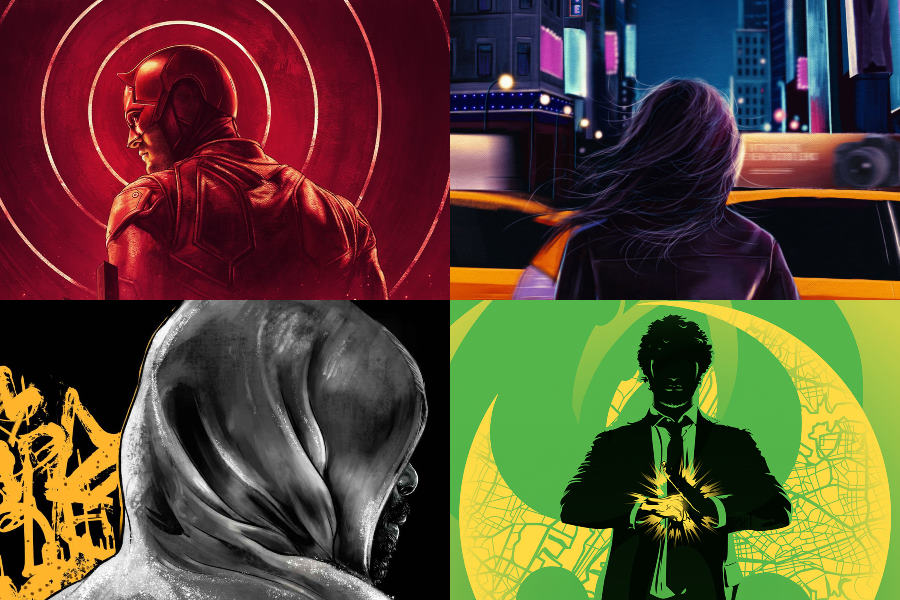 Although series like Daredevil, Jessica Jones, Iron Fist, Luke Cage, Punisher and Defenders have not aired a single new episode since 2019, their “move” was a reason for these programs to release new art.

Do not miss: Series like Daredevil and Defenders already have a new digital platform

Through its official social media accounts, Marvel Entertainment presented the arts that will accompany these series on the new digital platform on which they are now presented.

The Daredevil poster was made by German artist Chelsea Lowe.

The postcard with Jessica Jones is authored by Freya Betts

From Istanbul, Berkay Dağlar presents us with his vision of The Defenders.

And the artist of Chinese origin Zi Xu gives us this incredible art of The Punisher.

The first series to be produced between Marvel Television and the world’s largest entertainment platform is Daredevil, which premiered its first season in April 2015.

In February 2019, the third and final season of Jessica Jones premiered, with which the production of Marvel Television series for other platforms ended.

Marvel Studios absorbed the Marvel Television division, in order to integrate these series into the Marvel Cinematic Universe.

In Marvel Studios’ Hawkeye season finale, Vincent D’Onofrio returned as the Kingpin, while Charlie Cox made a cameo appearance as Matt Murdock in Spider-Man: No Way Home. Both characters are the same as the series broadcast by the largest platform.

You can also read: The Man Without Fear is back! Marvel Studios is preparing a series of Daredevil

Classic dramas that everyone must see, recommended series