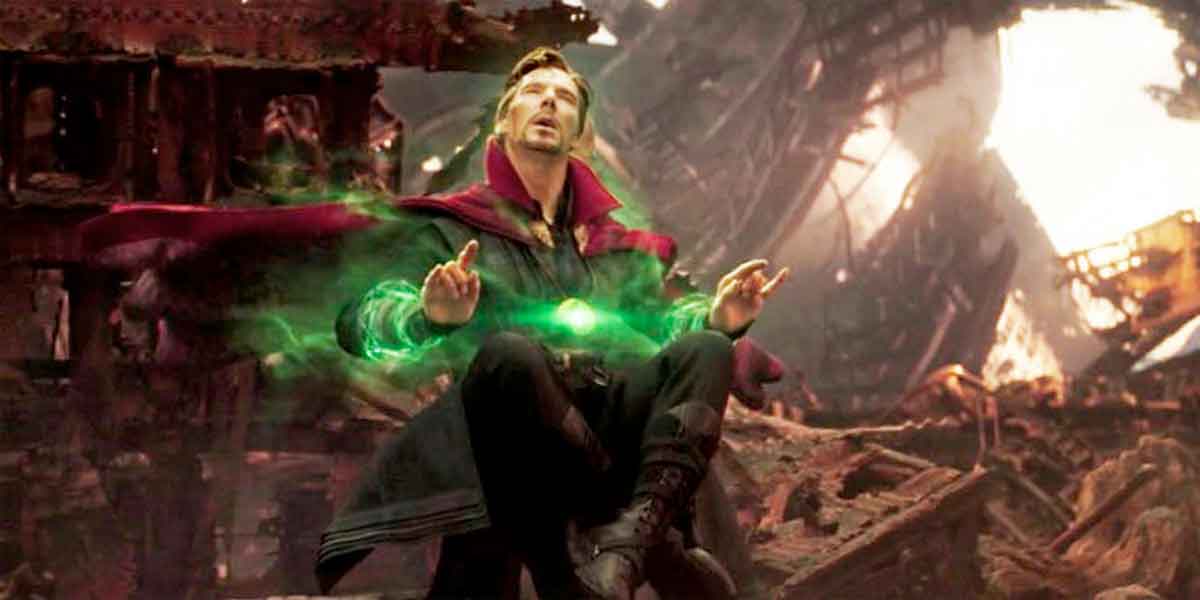 Marvel Studios has once again resorted to time travel in the MCU, changing the already established rules (Spoiler alert for the Ms. Marvel series)

The fifth episode of Ms Marvel reintroduces time travel in time in the MCU. Something that we had already seen in the first film of Doctor Strange Y Avengers: Infinity War with the use of the time stone by the sorcerer supreme, the time travel machine of Avengers: Endgame and the TempPad on Loki.

However it was in Avengers: Endgame where Marvel Studios explained how time travel works to fans and many of them surely shared a similar thought when Scott Land exclaimed: “So Back to the Future is a bunch of crap?”

I mean, the logic of Back to the Future is that when you use a time machine to travel to the past, you can affect the future. Alternatively, in Avengers: EndgameDr. Bruce Banner explains: “If you go to the past, that past becomes your future, and your old present becomes the past, which now cannot be changed by your new future.”

To simplify, until now in the MCU between Endgame and Loki, time travel meant creating alternate branches of reality across the Multiverse. In Ms. Marvel, apparently through the magic of the Noor Dimension, Kamala Khan was transported back to an unbranched reality of 1947. This apparently goes against the established rules of time travel in the MCU, but there are many different interpretations on this point.

The explanation in LOKI

In the first season of Loki, the TVA explains that the events of Avengers: Endgame, traveling back in time to defeat Thanos, had to happen. That is why the TVA did not intervene, since it did not affect the sacred timeline. Of course, at the end of LOKI, the sacred timeline no longer exists after Sylvie murdered to the one who remains (a variant of Kang the Conquer), which could once again change the way time travel works in the future.

In Ms Marvel, Kamala’s time travel is sudden, poorly explained, and seemingly magical. In Episode 4, viewers see Najma stab the bracelet and a tear opens in reality (similar to Clea opening a portal to the Dark Dimension) in the partition of India. Later in Episode 5 we see Aisha saying: “What you are looking for is looking for you”. Afterwards, the bracelet lights up, the colored tears appear in reality and Kamala arrives in the past.

One theory that would agree with the logic of the MCU is that this time travel uses the Multiverse. If the Multiverse is needed to travel in time within the MCU, this would be the solution:

What if on Earth-616 she was a Kamala from another universe who traveled back to help little Nani? Kamala of Earth-616 was then taken to a different alternate universe to help another version of Nani. She repeats that endlessly and becomes a Multiversal ripple effect that was destiny, meant to be, or however you want to put it. An event that possibly even a fully functioning TVA would approve of because “it’s supposed to happen”. That would explain why several variations of the Ms. Marvel logos are appearing, which make a clear reference to the multiverse.

What’s been interesting so far within the MCU is that the audience only understands how time travel works through the characters. Bruce Banner has the explanation for him, and the TVA travels through time and space quite easily, but is the Multiverse the only way? Is Back to the Future really a bunch of shit?

The way Kamala arrives in 1947 is unlike anything we’ve seen before. The most captivating part of how Ms. Marvel explains her arrival and helps Nani with a path of stars is that she was always Kamala. She was always the one who saved her grandmother from her.

This is very similar to Harry Potter and the Prisoner of Azkaban, where future Harry saves himself and Sirius Black in a perfect time loop. This is one of the best ways to use time travel within a plot, and in both cases Kamala and Harry realize that they are the hero.

A time loop indicates the direct cause and effect of the timeline one lives in. Rules Return to the future they are simple: if someone changes the past, the future will be affected. What is most discordant is that back to the future 2 there is an alternate version of 1985. Doc Brown and Marty McFly have traveled since the year 2015, finding themselves 30 years ago in this new corrupt world, however if Biff traveled to the past changing the future for that alternate version, the events of 2015 never came to occur.

What if the time loop in Ms. Marvel works in a similar way? For example, what if Kamala hadn’t gotten Nani to safety in 1947? Has Kamala ever been born? Does she start to fade out of existence like Marty McFly at the end of Back to the Future?

Having a more traditional way of time travel is an interesting addition to the established MCU rules. As of now, however, this is just speculation, as very little explanation is given as to how Kamala made that destined trip to the past other than… magic.

Hopefully, as the Multiverse continues to expand and time travel is continually used, more explanations will come.

The end of Ms Marvel premieres on Disney+ next Wednesday, June 13.

After its season 7, the series ‘Riverdale’ will be canceled