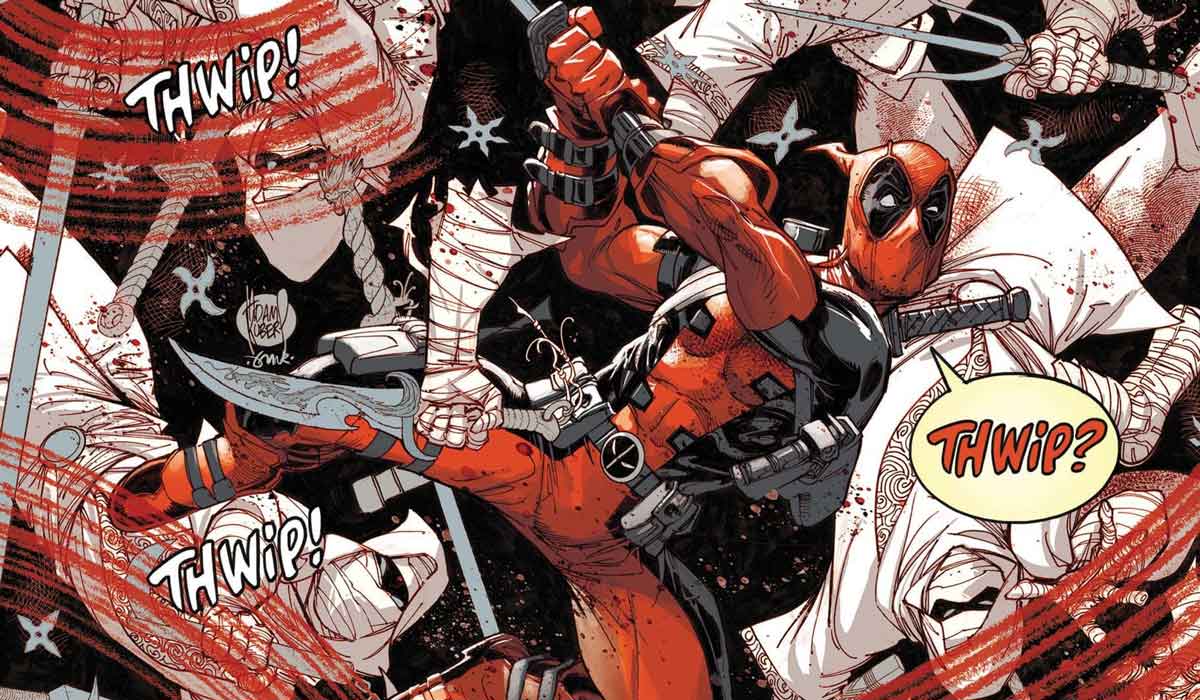 After experiences with Wolverine and CarnageMarvel offers Wade Wilson the opportunity to shine in this large three-color format. Panini Comics collects the three numbers of the series in a volume very faithful to the character of Massacre.

I heal myself and I have two swords

When Massacre (Deadpool) came into our lives he did it as a villain, back in the New Mutants #98 USA in 1991. Its creators, Fabian Nicieza and Rob Liefeld, already showed us an approach to the figure of Wade Winston Wilson that he has maintained to this day and, despite having behind him just over thirty years of publications , his charisma as an antihero makes them seem like many more. Having him even in the soup as a special guest of a multitude of collections also affects and the presence on screen of Ryan Reynolds since X-Men Origins: Wolverine of 2009 and the two subsequent films of dead pool in 2016 and 2018 they may have had something to do with it.

But for a man who is most concerned about chimichangas and having his weapons ready for combat, seeing streaks of blood (even if it’s his own) doesn’t make much of a difference either. Let’s remember that Massacre has a Wolverine level healing factor or higher, so seeing how a part of his body regenerates is part of his day to day, within a profession, with disappointments, such as that of a mercenary. And mercenaries are not exactly known for throwing birthday parties where the protagonists are balloons, confetti, cake and gifts.

When you go by the nickname Massacre, it’s not usually because you’re helping old ladies cross zebra crossings or because you’re collecting money for your neighborhood food bank. If we were to count how many deaths he has behind him, we would lose count or leave a thousand or two thousand on the road for forgetting one of his appearances. That is why Wade is not synonymous with tranquility or calm, he is not a Zen soul, he is a lapsed guy with multiple disorders without medical treatment and who has left his mark on the psychiatric and therapeutic community of each place he passes through. And on top of that he is eccentric.

But this eagerness to cut off heads and leave other limbs amputated is surrounded by such a hilarious atmosphere that we cannot fail to highlight his fondness for easy jokes or the absurd mania of being involved in totally uncontrolled situations in which crying is not an option, nor when we contemplate Wade’s disfigured face, something that his healing factor has not been able to fix, nor does he need to, who wants a gallant mercenary being able to have a son of a bad mother swearing left and right? For that better a moron who can talk to the readers, with the writer or whoever suits him.

My friends know me well enough

The authors who carry out each one of the twelve stories, distributed three by three throughout the four numbers of the American edition and that we have gathered here in a single volume, know who Masacre is, rub shoulders with him, interact whenever they can through the vignettes breaking the fourth wall (remember that Wade is aware of being a comic character, not like the others). That is why although in this volume we do not find Nicieza or Liefeld, or Mark Waid, Joe Kelly, Gail Simone or Daniel Way, authors to whom Masacre owes much of its fame before jumping to the big screen, all of them are true fans of such a mutant specimen.

And there are big surprises in the lineup, some from the Far East. Although also old acquaintances of the character who have scripted him in one of his many miniseries or drawn in long stages. But the name that stands out the most is that of Stan Sakai, the creator of Usagi Yojimbo. Sakai offers us a humorous narration about why Wade chose two Japanese swords (katanas) as his main weapons, making him travel through time at the same time. We will also have the opportunity to appreciate the art of the manga authors Massacre: Samurai (of which the first volume is already available, although we will have to wait until September to be able to buy the next one), Sanshiro Kasama and Hikaru Uesugi.

Make me the most powerful pistols

But they are not the only ones that attract attention because we also have actor Jay Baruchel doing his thing here with a script that takes Massacre to a rather special nunnery with penguins for sale. All this drawn by the exceptional Paco Medina. So we couldn’t ask for a better mix. That’s why we also enjoy Tom Taylor, Phil Noto, Ed Brisson, Whilce Portaccio, James Stokoe, David and Maria Lapham, Pete Woods, Karla Pacheco, Leonard Kirk, Frank Tieri, Takashi Okazaki, Christopher Yost and Martin Coccolo.

But special mention must be made of some authors who round off this complete set, on the one hand Daniel Warren Johnson who ends up looking for a more sentimental side of the approach to the character and on the other Michael and Laura Allred who play a little with the humorous character of Massacre . Therefore we can say that in general, pure and simple fun has been opted for in small doses of about eight pages per story that make Massacre: White, Black and Blood an enjoyable and wild read at the same time.

Description : What is black, white and red all over? A collection of Massacre stories! In the tradition of Wolverine: White, black and blood, this volume collects a set of stories starring the Merc with a Mouth, signed by some of the best Marvel authors and reproduced in giant size. Massacre to the limit and wilder than ever! It’s like a classic black and white movie, but with a lot more blood.

Activist throws paint at a building but it also gets stained