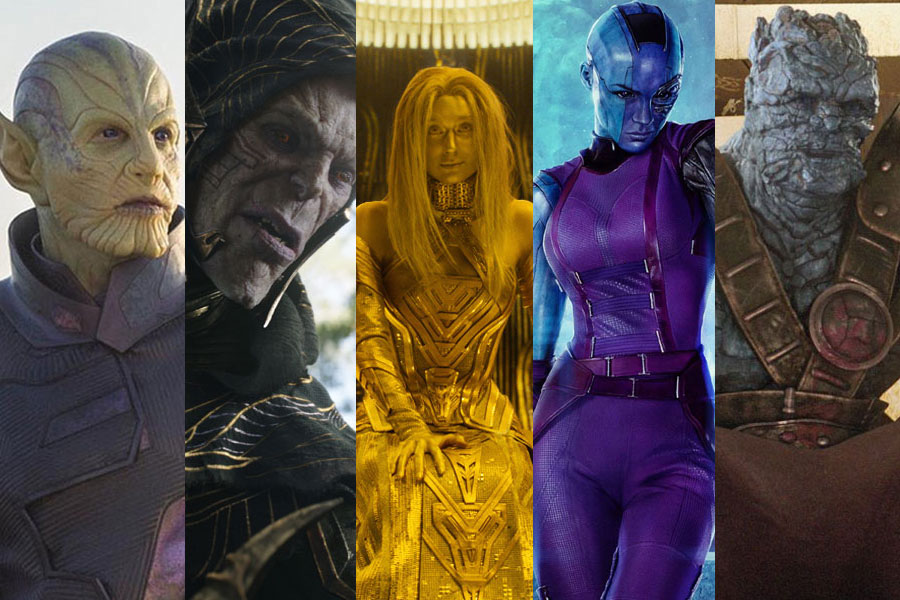 The Marvel Universe is full of surprises, and one of them is these actors and actresses who look very different without makeup.

Coming from all corners of the galaxy and dimensions, in addition to their spectacular costumes, the characters of the MCU are distinguished by their cool appearance. Seeing them on screen, as strange as they are, some become endearing and others terrifying. However, you don’t know how different the actors and actresses of the Marvel Universe look without makeup.

Therefore, we selected the following list for your eyes only.

Marvel Actors and Actresses You Don’t Recognize Without Makeup

Behind the golden priestess of the Sovereigns is the actress Elizabeth Debicki, whose physical aesthetic has even led her to play Diana of Wales.

Surely the WandaVision series gave you an idea of ​​what this English actor looks like in real life, however, in his day-to-day life his appearance is usually a bit more sophisticated.

This sadistic Kree is a product of the minds of Stan Lee and Jack Kirby, however, in real life the person who personifies him is a very tall and gentle actor.

He needs no introduction, because before Marvel he gave life to one of your favorite villains. However, we assure you that you did not know who was under the guise of Martinex.

Beneath the most consistent representative of the Skrull race in the MCU lurks an Australian actor with a solid and varied career.

In addition to being ugly, he is a recurring headache for the Guardians of the Galaxy, although when he leaves the set he changes completely.

Her face is well known, whether it’s made up blue like in Avatar or green like in the MCU. However, with, let’s say, a little more casual makeup, she also usually looks fabulous and powerful.

The truth is that Dave doesn’t change much with or without makeup, but it’s always a joy to watch.

Outside of representing Thanos, this established actor usually wears a chameleon-like appearance, although this rough look is perhaps the one he is most often seen with.

Taika is a rockstar, so you’ve seen him more than once, but did you know he plays Korg? At least he serves to mark the movements so that the CGI does the magic of him.

Seeing him makes your skin crawl if you remember his sadism on the big screen. However, this New Yorker is such a sensitive guy that, in addition to acting, he is also a writer.

Mantis is great, but meeting Pom is an experience you won’t regret.

This Englishwoman has a solid career as an actress that has even led her to be part of the legendary series Doctor Who, but there is no doubt that she is also a very beautiful woman. Do you agree?

An unmissable piece of Spider-Man awaits you in our online store with:

The tests are over. Now, let the Grim Hunt begin!

The dark forces behind the relentless onslaught of Spidey’s deadliest foes are now out in the open, with one target in their sights: Spider-Man! The most important family in the hunt – the Kraven tribe – have come together to coordinate the latest stage of their unholy plan, which requires the death of Peter Parker and the rebirth of one of his oldest enemies. Drawing from the events of the classic “Kraven’s Last Hunt”, “Ghoulish Hunt” echoes the majesty of that timeless story with a tale of revenge in its darkest form!

Collects Amazing Spider-Man #634-637, the digital prologue to Grim Hunting, the “Loose Ends” story from Amazing Spider-Man Extra! #3 and the origin of Kraven from Web of Spider-Man #7 — written by Joe Kelly with Fred Van Lente and Phil Jimenez, and illustrated by Michael Lark and Marco Checchetto with Phil Briones and Jimenez. Also includes a special series of stories starring Kaine and Kraven written by “The Last Hunt” author JM DeMatteis and illustrated by Max Fiumara.

The best reducing swimsuits that will make you great

What happened in Pompeii? | The city trapped in ashes