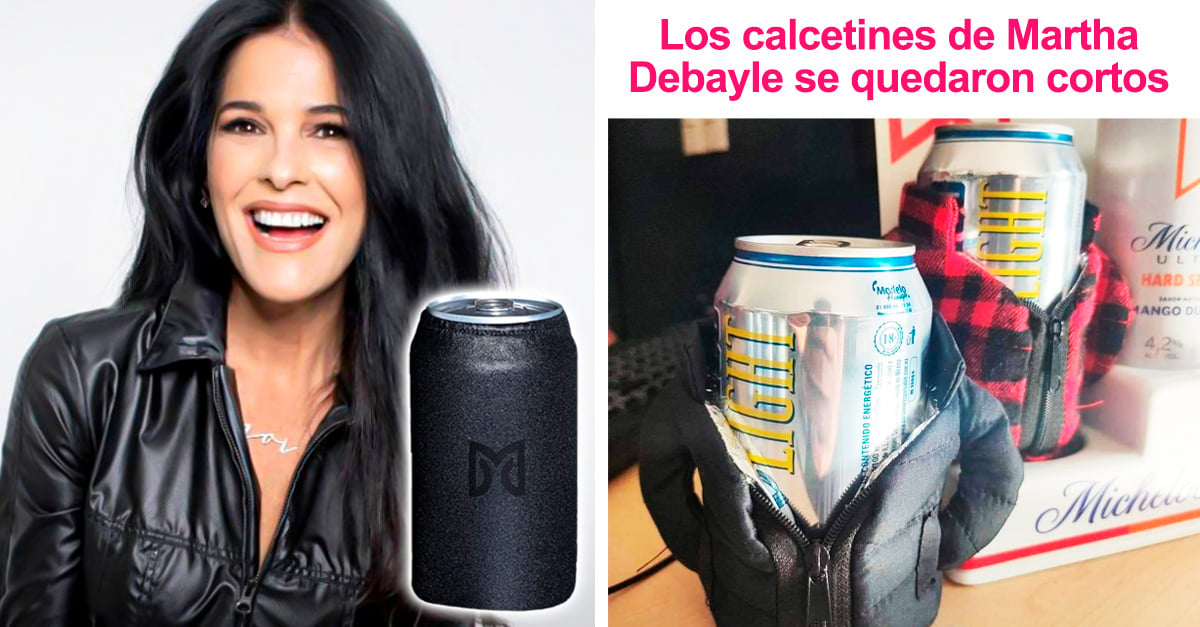 Martha Debayle’s business ideas seem endless, because, as a good businesswoman, she knows how to make the most of any occasion, even to turn around her detractors.

After the rain of memes that Internet users made to joke about their “geniuses”, such as socks for soda cans, the Nicaraguan nationalized Mexican presenter had just announced that she had released her famous can covers when they were already sold out. As you can imagine, the memes did not wait, so below we leave you the best ones so far.

So that they stop giving a can
😉

Because you asked for our already famous “Can Covers”.
Set of 6 covers
Shiny Black Lycra.

So that a can never comes out of your kitchen again… Without your sock! Health! pic.twitter.com/dhHGN01nHk

2. Socks for your different cans

The socks that // The ones that I wear
Martha sells when I have
debayle visits pic.twitter.com/FiT9FrjHNf

After seeing the advice of Martha Debayle.. pic.twitter.com/sofLhqQcXd

The poofy answer to the ordinary socks of @Martha debayle

To the pure one hundred with the brass. pic.twitter.com/ZXFCxsW1np

The little lady who sells canned socks in the office where Martha Debayle works pic.twitter.com/itUKMRFOea

9. With everything and memes sold out

He tattoos his dog dressed as an astronaut and goes viral

Beatriz Solís, daughter of Marco Antonio Solís, paralyzes the networks with her beauty wrapped in lace

10 Names for girls with beautiful meaning and personality

Alexa Dellanos shows off her mini waist in a printed bikini, posing next to a fountain