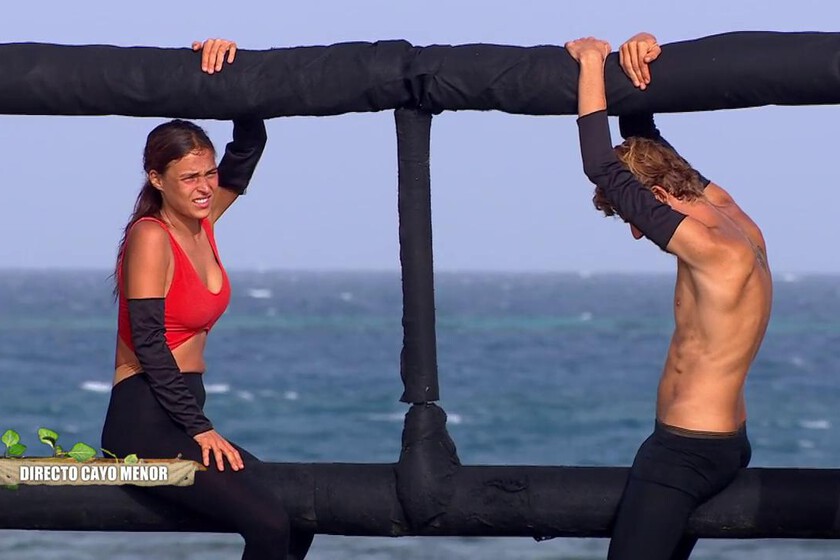 Fifteen minutes going around It could be the life of any of us before sleeping in this impossible heat, but also the perfect summary of today’s ‘Survivors 2022’ gala. And it is that both Marta Peñate and Ignacio de Borbón have tied themselves to the infernal wheel for a quarter of an hour, which has made them both the new leaders of the group. Faced with the possibility of continuing touring until tomorrow, Telecinco has decided to be fair and give both the same privileges. But it is not the only thing that has happened in a gala that has expelled Ana Luque on the verge of the final and in which Nacho Palau had to put three points on his head. Let’s see it.

‘Survivors’ is like life: there is no sadness without joy. In this case, the audience has had to decide between Alejandro, Ignacio and Ana Luque in a gala that, for the first time, did not have the trick of false expulsion and conversion into a parasite. And although she had already been saved on many occasions, the thing could not last forever: Ana Luque was permanently expelled.

The contestant, before leaving, had the opportunity to say that from the island he took Anabel Pantoja (not literally, of course). There has also not been much time for crying, crying and tearful goodbyes, because this expulsion coincided with the birthday of the aforementioned and nothing likes ‘Survivors’ more than a party and seeing them eat lavishly a couple of times a week.

Everyone looking for Anabel’s tears by Ana Luque #SVGala13 pic.twitter.com/SqnJ9LP0W6

71% of the public have voted in favor of Anabel and the rest of her classmates enjoying another party: at this point, more people appear in ‘Survivors’ than in Ibiza. So yes, very sorry for Ana Luque but let that birthday cake come, lest Yulen’s girlfriend go hungry. By the way, this week the girl had a hard time seeing her reflection with her hair cut and wondering what has the fencer seen in him. It is not the only question that we all ask ourselves about both.

But not everything is going to be eating on the island: in addition, also they have to do tests to eat. The thing is to fill your throat to shout a lot. In this reward test, a well-known brand of spreadable cocoa (not that one: the other) would give a bag of its products to the team that, after solving some obstacles managed to win a game of three in a row with the chips they found in a mud pool.

Carlos Sobera: Now that I see the Nutella reward, I remember that there was a contestant in a reality show that only got out of bed to eat Nutella, both hers and the rest.

i piss all over #SVGala13

At the start of the second round, Nacho Palau hits the trunk of the pool in question and it starts to bleed from the head. Very spectacular, but nothing serious. As he himself said later, “three dots and out”. The reward game stops and everyone wins. Extreme survival and Nutella sandwich.

In this Kumbayá camp environment, the contestants have taken advantage of the week for their favorite activity: yelling at each other and not making an effort to understand each other. What if everyone against Ignacio de Borbón for being greedy, what if Kiko and Alejandro against Anabel because she has no survival skillsWhat if Marta’s stomach against Marta… The Brady tribe of an alternate reality, wow.

The Audience will be the Karma. Let’s make Ignacio the winner. #SVGala13 pic.twitter.com/X44lzlIdIC

Compadre, the mule of the wheel got tired

I confess that I am a big fan of the American format of ‘Survivor’ which, among its two million differences with the Spanish, includes the fact that a spectacular new test is prepared every week. But here, having the infernal Ferris wheel, why do we want more? Marta and Ignacio, who won the semifinal of the leader test, they clashed with each other ruthlessly.

In the most distributed gala in history, everyone eats Nutella and there will not be one leader but two, after enduring fifteen minutes going around the Ferris wheel, with slips, stops and Marta giving herself strength believing that she was hugging her deceased grandfather. After enduring fifteen minutes, and I suppose that for the sake of a final that is already just around the corner, both will have to agree to choose one of the nominees.

The other will be chosen by the group. It is noted that the fence around the contestants is getting smaller and smaller and Mediaset is not going to let it get out of hand the format that has worked best for them in recent months. The nomination gala will be tomorrow, as usual, in a program that is omnipotent: ‘Everything, at the same time, everywhere’ on the Telecinco grid.

gala 14 confronted a couple, their mothers and collaborators before a surprise expulsion

Nacho Casano and Daniella Navarro get married, from La Casa de los Famosos to the altar!

One of the best horror movies of the last decade, based on a chilling true story, can be seen on HBO Max

James Corden is banned from a restaurant for mistreating staff: “The most tyrant customer”