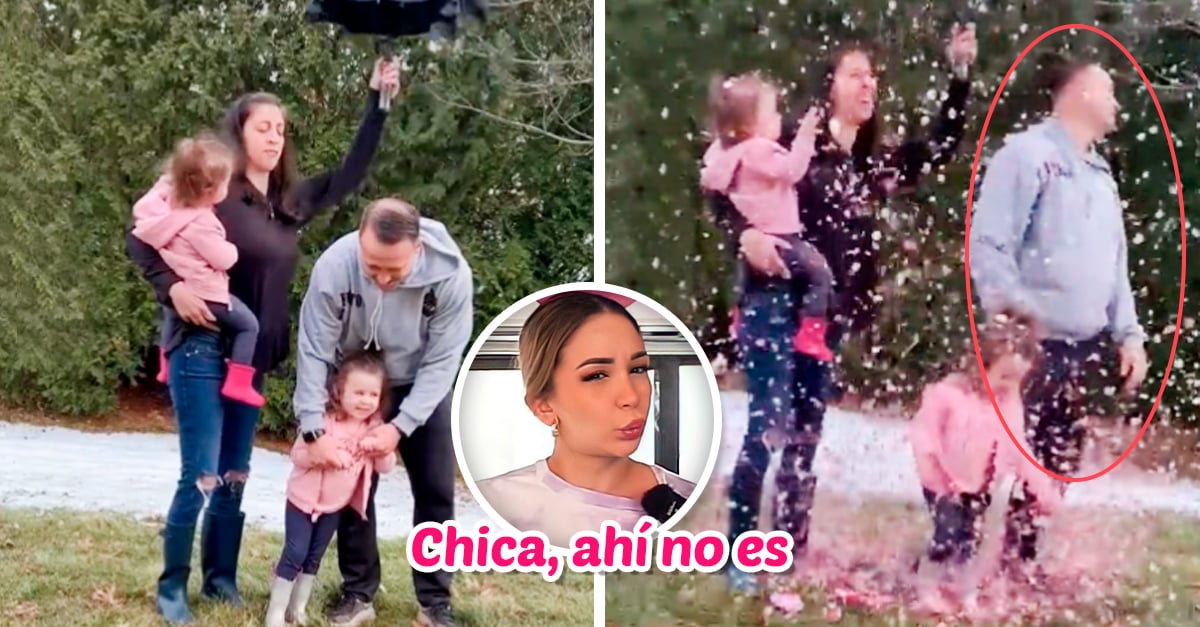 Sex reveal parties have become very viral lately on social networks, because everyone considers that the arrival of a new member of the family is a reason for celebration and a lot of happiness, that’s why they do everything to make the announcement fun and quite original.

So far, in all the reveal parties that we have seen, the parents are very excited and happy to discover the gender of their baby, but there are also exceptions, just as it happened in this video, because apparently, this father does not She was very excited to find out that she is having another girl.

In the video shared by the user kc.fulton on TikTok, you can see how a woman and a man are accompanied by their little daughters while holding a black umbrella in their hands. A few seconds later, the mother opens it and hundreds of pink pieces of paper begin to fall out announcing the arrival of a new baby in their lives.

Many would think that everyone would jump at the news. However, the only one who did not like the revelation at all was the father, because he did not hesitate to show his anger. In the description of the video, the user wrote “I swear that he is happy”, although we are already doubting it.

Dad didn’t like at all that his baby is a girl. Stop this crap about revealing the baby’s gender. https://t.co/m7ZraH9Ufj

The video has already reached 30 million views on the platform and countless comments in which opinions are divided. Some users described the man’s reaction as “disgusting” and others criticized that he was not happy.

I hate gender reveal videos where parents are visibly upset in general. I feel like if you care that much about what you’re feeling, just open that envelope in private so no one sees you.

Faced with the wave of criticism, the owner of the video and also a future mother made it clear that her husband “loves all his girls and they love him. He has loved his babies from the moment he found out we were having them! He is a good father”.

Although the mother assures that she is happy, the truth is that this man’s reaction left us with many doubts and also made us question whether reveal parties are still a good idea.

Ellen DeGeneres would have revealed the sex of Jennifer Lawrence’s baby, is it a boy or a girl?

France also repudiates Roman Polanski after having saved his career. The premiere of his new film in the Gallic country is in danger