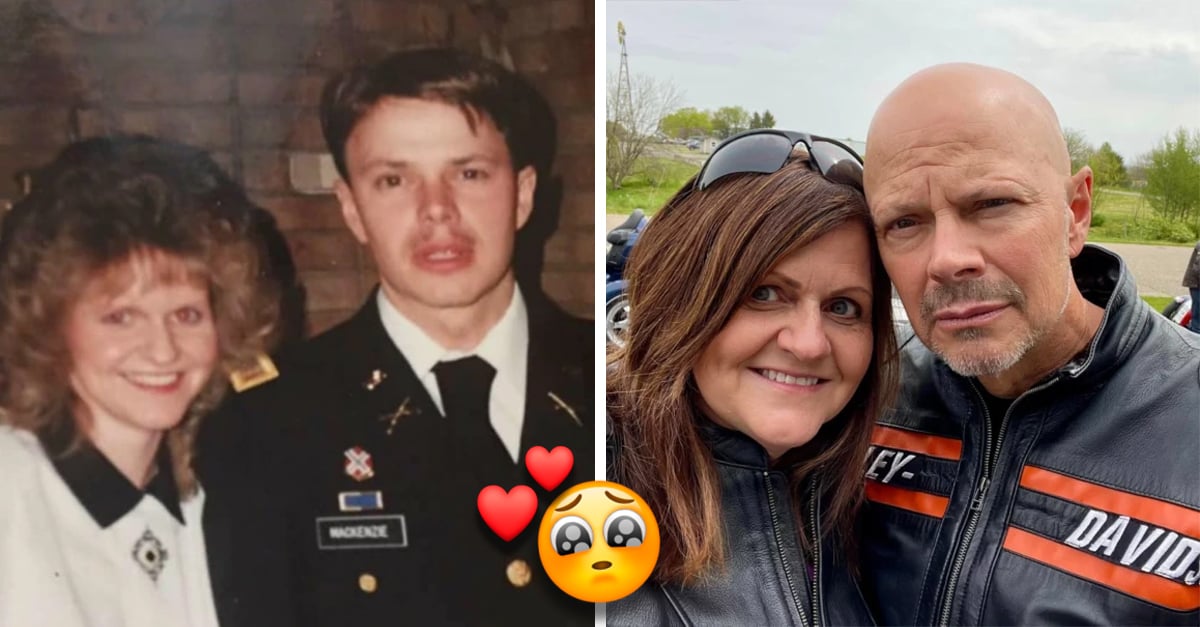 If you are one of those who do not believe that love exists, because in these times it is very common to know experiences of heartbreak and divorces that make us lose faith, perhaps the following story will make you change your mind, because it is so beautiful that when you read it you will feel warmth in the heart.

After a Father’s Day celebration, Andrew and Kristy Mackenzie were riding their motorcycle home when suddenly a car ran a stop sign and severely collided with them, causing a near-fatal accident that sent them both to the police station. emergency room.

Despite both being ejected from the bike, it was Andrew who suffered the most damage. The 58-year-old man sustained a concussion and a punctured lung. In addition, he fractured two vertebrae, five ribs, his pelvic bone, his left shoulder blade, and his nose, for which he had to be airlifted to the hospital, where he immediately went into surgery for internal bleeding.

For her part, Kristy suffered a minor contusion, fractured her back, hip, left shoulder blade and seven ribs. Fortunately, she did not require surgery, but she did have to be hospitalized and intubated to breathe.

As soon as the hospital staff removed her breathing tube, Kristy asked to see her husband as she was very worried about him. That’s how they took her to see him.

All she wanted was to see him and be with him.

What Kristy did not expect was what came next, after Andrew woke up three days after the traumatic incident thinking it was 1993. It was like that, in the blink of an eye, 29 years of his life had been erased from his memory. and not even the doctors knew if that memory would return.

Kristy describes that it was like being in a nightmare and that it was painful to see how her husband of 37 years did not recognize her or their daughters. However, as soon as Andrew saw her, he proposed to her again, and she obviously accepted.

After a few days, the hospital was able to put the spouses in the same room, and as if it were a miracle of love, it wasn’t until they were together that Andrew regained his memory. It was like a dream come true for Kristy, who deeply loves her husband and was dying to marry him again.

Time was passing and after 11 days of hospitalization and a long rehabilitation, Andrew and Kristy decided to take a family trip to the beaches of North Carolina, United States. This trip would be the first time the couple would walk again without the aid of medical supplies, so it was the perfect opportunity for Andrew to make a move.

It was so that on the beach walk he knelt on the sand and proposed to Kristy again, and just a couple of days later, they both decided to renew their vows in front of their daughters and grandchildren, in August of this year.

I believe that nothing can stop us. Not even a car crashing into us could stop our love.

Finally reflecting on everything they’ve had to experience, Kristy says it’s something everyone should keep in mind.

I hope this teaches others to love as much as you say you love and to never give up or give up on love or what’s between you.