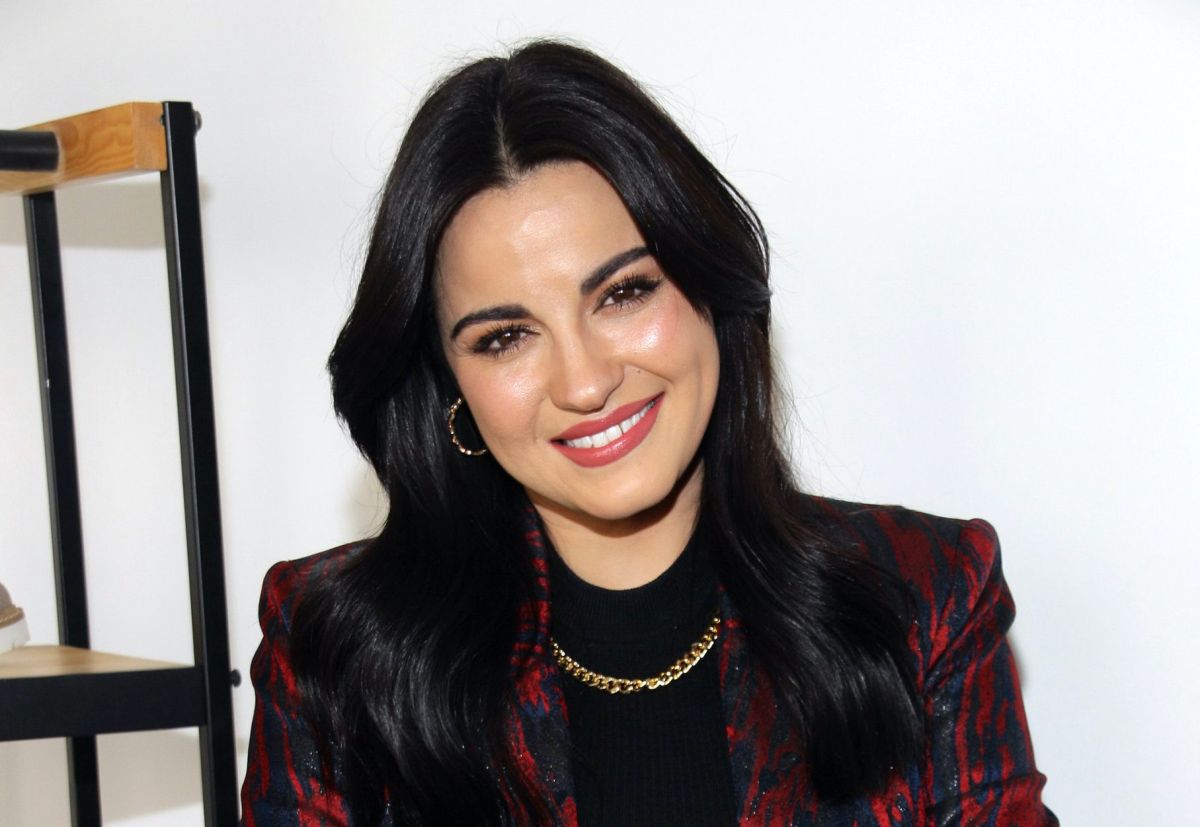 After the actress and singer Maite Perroni announced that she will be a mother, last weekend she They leaked some images where she appears wearing her advanced pregnancy so speculation immediately began about the soon birth of his firstborn.

There is no doubt that the pregnancy of the protagonist of soap operas such as ‘Cuidado con el ángel’, ‘La gata’ and ‘Antes muerta que Lichita’ continues to be a mystery about which until now her followers know very little, so much so that there was no wanted to show how it looks in its first months of pregnancy; however, it was during the birthday party of little Manuel, Anahí’s son, where Maite Perroni was captured for the first time showing her baby bump.

The images that quickly spread on social networks were taken last Thursday, January 19, while the interpreter enjoyed being one of the guests at the sixth birthday of little Manu, the son of another member of the famous group. RBDAnahi.

And it is that it was the young woman named Devanny Muñoz, who apparently was also at the lavish celebration, who decided to take some pictures with anahí, Sweet Maria and of course Maite Perroni, the latter being the one who drew attention for being the first time she allowed to see her pregnancy belly, since since last January 6 when she announced that she would be a mother, she had remained completely away from the media and cameras.

On this occasion, the 39-year-old artist appeared posing while wearing a high-necked, long-sleeved black garment, as well as a kind of sleeveless beige trench coat with which she tried to hide her baby bump, but definitely didn’t. achievement.

But this was not the only time that Maite Perroni appeared wearing her pregnancy, since she was also exposed in a second snapshot together with one of the organizers of the event.

With the above, the speculations of the fans increased, since the majority agrees that the birth of the first child of Maite Parroni and Andrés Tovar It could be very close, as Dulce María revealed a few days ago during an interview on the “Hoy” program, where she pointed out that her partner could give birth around the month of April.

You may also like:
–Dulce María would have revealed, by mistake, when Maite Perroni’s baby could be born
–Claudia Martín speaks for the first time about the baby that Maite Perroni and the producer Andrés Tovar are expecting
–Anahí presumes how her son Manuel’s luxurious birthday party was: “An unforgettable day”

The slow cooker to prepare fast, cheap and healthy meals in the style of our grandmothers on sale at El Corte Inglés

The best celebrity costumes for this Halloween