Lyn May lashes out at Karol G for copying her style?; she calls Bichota ‘fat’ 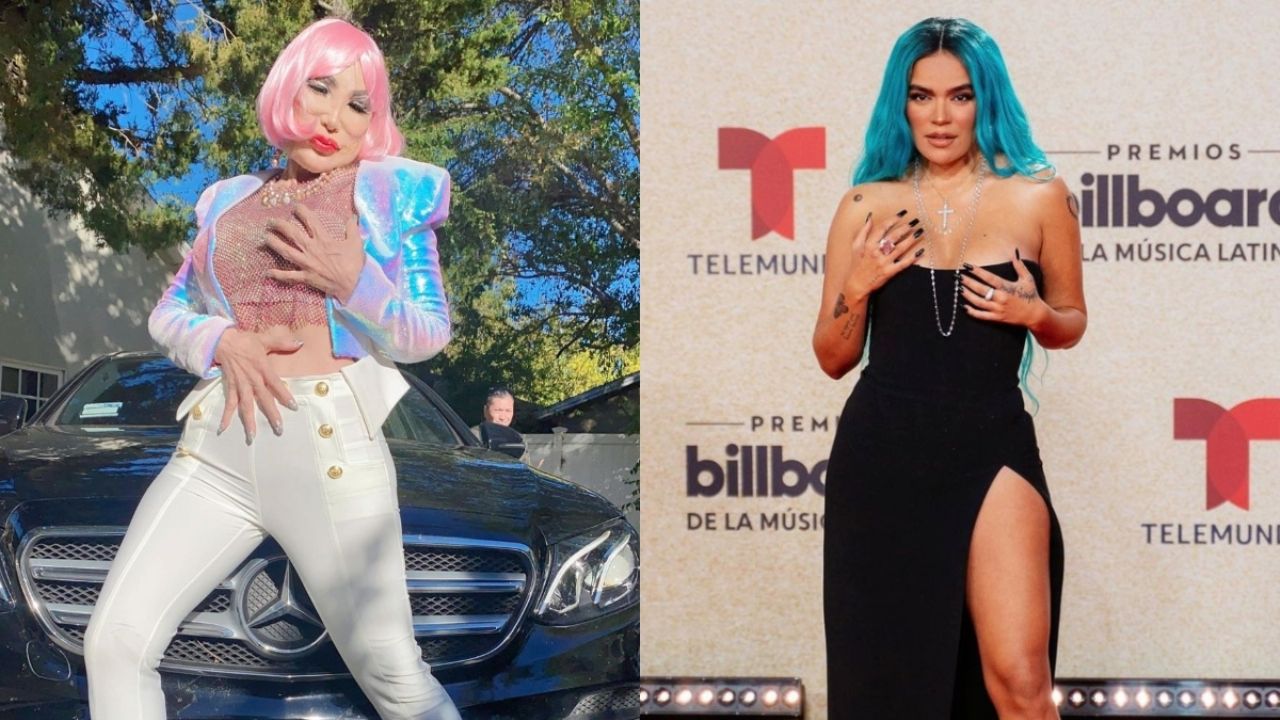 Once again, the famous vedette of the golden age of Mexico, Lyn May is back in the eye of the hurricane when speaking of more than one of the maximum representatives of the urban genre, Carol G.

And it is that the also actress and singer has been characterized in recent years of his career to ensure that different celebrities from the show business do nothing more than copy his style.

This has only brought endless criticism to the star born in the port of Acapulcosince some Internet users claim that he is out of his mind when comparing himself to different celebrities.

Everything seems to indicate that now it was the turn of the Colombian of the moment, Karol G, which he not only accuses of copying her style, but has also dared to call her fat.

It should be noted that women of Mexican origin have always been characterized by not having “hairs on the tongue” when talking about others ensures that the “Bichota” does not have its own personality, since it only copies her.

And it is that in his most recent appearance, the vedette of the cinema of “Ficheras” in Mexico He appeared with a blue wig, suit and how he currently has his hair the interpreter of “Tusa”.

As expected, the media believed they were paying her a compliment by comparing her to the 31-year-old Colombian, “compliments” that Lyn May did not take well at all.

What is a fact is that The 61-year-old Mexican not only dared to talk about more than Anuel AA’s ex, but also attacked the statuesque figure of the singer.

At the time the press began to do comparisons with Karol G, Lyn May was immediately upset and assured that Karol G “looks like a tamale” and she still has the figure she had when she was young.

“Don’t compare me to that old lady. She is fat and I am very well, I have my waist, she has no waist. She is very even, she looks like a tamale, ”she assured.

Despite the fact that some of those present began to laugh, the singer limited herself to sending one or another recommendation to the Colombian so that, according to her, she has a heart attack figure.

“Let him start exercising because he has a body like a tamale and his buttocks are all flattened. Let him do squats. They are advice that I give to the girls, I do not insult them or anything.

Through social networks, criticism has not been long in coming, so some Internet users assure that he is already giving the “chochazo”, because Karol G posed an enviable figure.

“Crazy old woman, as she feels”; “That she is going to copy La Bichota, she is already old”; “Now it turns out that everyone copies her and they don’t even know of her existence,” are some of her comments.

Throw your own cowgirl party! TikTok tells you how to do it Karol G style

These chunky highlights will give an aesthetic touch to your style