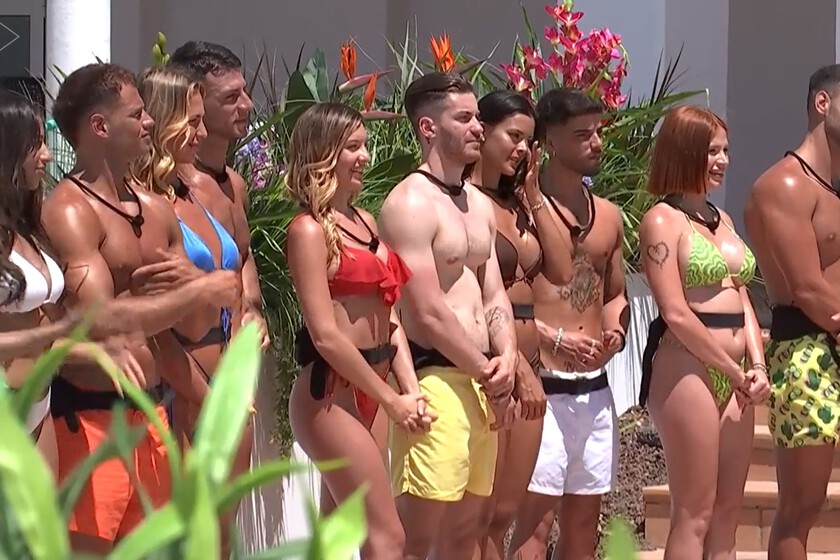 Well, here’s the thing. The contestants of ‘Love island 2’ they are not going to leave the Neox reality show converted into celebrities, but hopefully someone will have found love, not even by statistics. In this season, the reality show has shown a new mechanic that has turned everything around (and that has been imported from the third season of the UK version, where it is the success that is not here). There are five couples left and only one can be the winner, but if you want to see the final tomorrow June 30 and catch up, we are going to tell you, roughly, what has happened so far on this island destined for love. No, not the one in ‘The Island of Temptations’. The ‘Adam and Eve’ either. Not even ‘Survivors’. The other island.

Following the conglomerate of dates, couples and loves that have been in ‘Love island 2’ is almost as difficult as explaining ‘Game of thrones’ to someone who has never seen an episode, so we are going to stay with the final stretch. And it is that when it seemed that all the fish was already sold and there were five surviving couples to the massacre of the public, the show introduced a new twist: Casa Amor.

And what was the matter? The five couples broke up for a week and ten other single men and women appeared who wanted to turn the game upside down. Those who were not very convinced with their relationship could change after a few days or trust your first instincts. Before you put your head in your hands, think that it is not so different from a Saturday night with fifteen years.

Rafa, in particular, went to Casa Amor in fear of losing Lara, but it didn’t last long, because he got involved with another single woman, Mirella. And from there, the chaos. Mirella told everything and Rafa denied it to the surprise of the rest of the contestants. Lara decided to choose him again when choosing a partner, although she liked Rubén, one of the new bachelors in the House of her Love of her. Do you follow more or less how things are going? Well, here begins the chaos.

Rafa starred in a row with Lara as soon as he was her partner again, like starring in an ad for “Friend, realize it”, and Rubén paired up with Ariadna. Not for pleasure, but for thus expelling Mirella and giving Rafa a reprimand. Knowing everything that had happened, Rubén pressed the red button to confront Rafa because he considered him a bad person and wanted to protect Lara. The contestant confronted Rafa, asking him if she had had something with Mirella, and he did not stop denying it until 91% of the votes threw him out on the streetmoment in which Rubén saw a golden opportunity to launch himself at Lara.

The good news in this mess is that Lara and Rubén have already starred in their first dalliances and that Rafa and Mirella are comfortable off the island. Without a penny, yes. But although Rafa and Lara did not change partners during ‘Love Island’, the one who did was Carlos, who left Carmen to go with Katherine. Carmen later left first with Juanvi and then with Andy before being expelled. Finally, Paola stayed on the rebound with Eder after Gabriel’s expulsion. I have already told you that this is not as easy as it seems.

On the one hand, Yaiza and Luis, who got together on the 4th and since then they have not parted. A month together on this island is about the same as sixty years of relationship abroad. In fact, Luis has even met Yaiza’s mother and has given him her blessing. come on what the same in the last program they ask for marriage after winning to the solace of Cristina Pedroche, who may finally get a headline for the show.

For another, Paola and Eder. Eder is Paola’s third bachelor, but, to be fair, she met him at Casa Amor, as we have already said, and they have been together ever since. Though both have met each other’s familyare a train of discussions that could perfectly star in ‘Toxic island’.

In third place, Charles and Katherine, which were grouped behind Casa Amor and have gone quite unnoticed. In fact, Kathe asks him for more love than passion and he doesn’t know what she’s talking about. Love? Sweetie? On a dating reality show? What exactly do you want to tell me?

If you ask me: Kathe must leave Carlos and go with the brother. #LoveIsland28Jun

They’re out there too Ruth and Albert. Alberto was before with Mika, Dei, Yaiza and Aurora (literally half an island) but stayed with Ruth after that week together at Casa Amor, throwing Mika into Andy’s arms (and expulsion). They both make plans for the future but, that must also be said, they have only given each other little kisses, and it does not look like things are going to change in the near future. It also influences that Alberto is more bland than rice without salt.

Alberto’s Quote 374: I grazed a tit with my elbow, but for now I want to go slowly… #LoveIsland21Jun pic.twitter.com/VeYqBBZjZr

Finally, Lara and Rubenwho have been together for less than a week but in which he already has taken the opportunity to play the piano in front of her and he has promised that he will move where she is so as not to lose her. Not to be cynical, but there are 25,000 euros at stake.

This is what it is: after many kisses, shouts, tell me and tell, ‘Love Island 2’ ends tomorrow. Viewership is up slightly from the first season, so who knows, maybe the fan prize will be see Pedroche a third time presenting the reality?

Who is Shakira’s bodyguard that fans ask to pay more attention to than Piqué? | PHOTO

Layla’s actress talks about her change in the final chapter