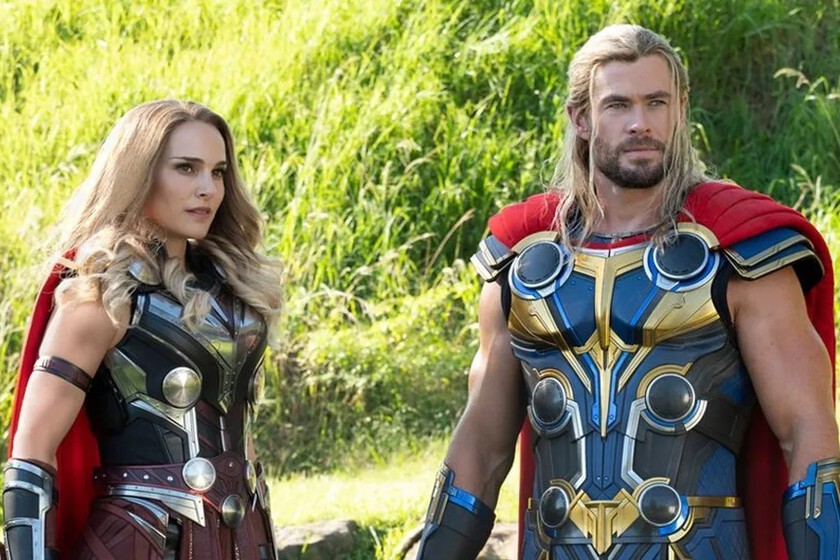 ‘Thor: Love and Thunder’ swept its opening weekend with more box office earnings in the United States than the previous three solo adventures of the God of Thunder. However, the storm clouds were not long in coming, because in their second weekend has sunk with the worst percentage drop for a Marvel movie to date.

The film directed by Taika Waititi It has gone from 144.1 million dollars in its first weekend to 46 million in the second, which is equivalent to a drop of 68.1%. Until now the negative record was in the hands of ‘Black Widow’ with a drop of 67.8%, but in that case it had the handicap of having been released simultaneously on Disney +. However, the data of ‘Thor: Love and Thunder’ they are provisionalso perhaps it ends up going back a bit.

The funny thing is that this huge drop has not prevented ‘Thor: Love and Thunder’ from continuing to lead the North American box office. Yes indeed, Nor is it that this past Friday any major competitor arrivedWell, in the second position remains ‘Minions: The origin of Gru’ with 26 million.

Also, ‘Thor: Love and Thunder’ already close to 500 million worldwide box office and it still has a way to go, so we can’t talk about the public turning its back on Marvel either. What is happening is that his data is less impressive than before, but even so he continues to give him more than enough to remain as the great dominator of Hollywood.