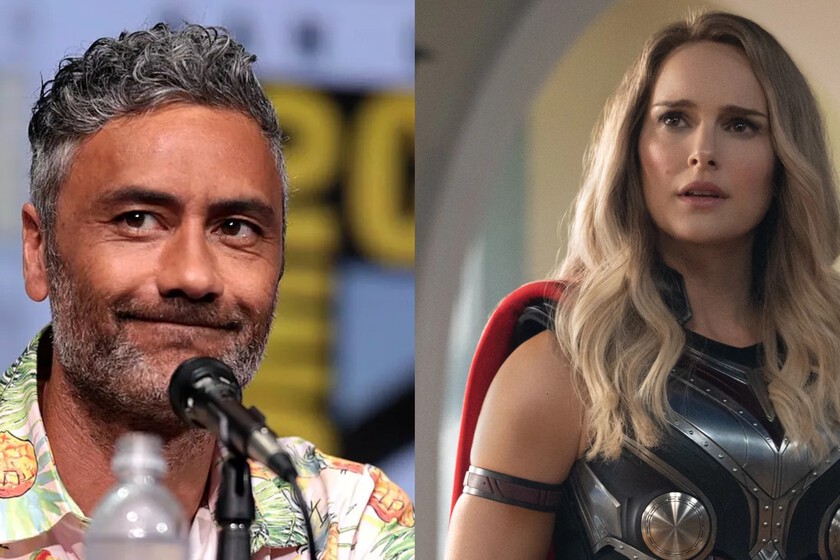 With the imminent premiere of ‘Thor: Love and Thunder’, those responsible for the film are revealing more and more things about the project. Some quite curious, like the director’s lapse in forgetting one of Natalie Portman’s most famous works.

Taika Waititi he is living a good moment for his career. Since he made that cult film that was ‘What we do in the shadows’, he has not stopped succeeding in Hollywood and already has several projects to his credit as a director, actor or creator: ‘Our flag means death’, ‘JoJo Rabbit ‘, ‘Lightyear’, ‘Reservation Dogs’… and, of course, the latest from Marvel.

For ‘Thor: Love and Thunder’, Waititi wanted to bring back to the franchise the character of Jane, who disappeared in the previous installment (also directed by him). The director was so satisfied with the actress’s work that did not hesitate to propose him to go out in his next ‘Star Wars’ project:

Natalie said to me: “what are you going to do next?”. I said, “I’m working on a ‘Star Wars’ thing. Have you ever wanted to be in a ‘Star Wars’?” She told me, “I’ve been in ‘Star Wars’ movies before.” I had forgotten those.

It seems that Waititi completely forgot the role of Natalie Portman as Princess Padmé Amidala in episodes I, II and III of the prequel saga of George Lucas, who also ended up being the wife of Anakin Skywalker and the mother of Luke and Leia.

With respect to new project in question is announced since 2020 and the filmmaker has also been revealing new data from time to time, such as that his intention is to create a new saga, without connections to plots or characters from previous stories in the franchise.

‘Thor: Love and Thunder’ opens in theaters on July 8.

an ideal guest design and also perfect for day to day

Chiquis Rivera could have had surgery and this scar proves it