Love and Thunder presents the first full nudity of the MCU 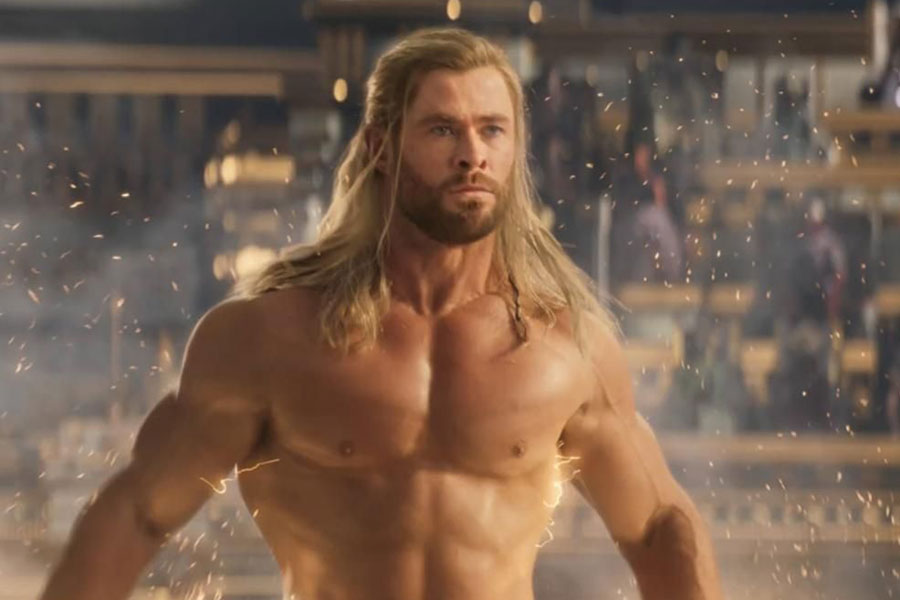 As you read it, in Thor: Love and Thunder the first full nude of the MCU is presented, and yes, it is the scene that you imagine.

The film has been rated PG-13 for “intense sequences of sci-fi violence and action, language, some suggestive material, and partial nudity.” And yes, the scene we are referring to is the one that is “censored” in the trailer.

In the scene featuring Thor nude, Zeus (Russell Crowe) removes the clothing of a captive God of Thunder to the delight of the gods and goddesses in attendance (and moviegoers).

Thor: Love and Thunder finds Thor (Chris Hemsworth) on a journey unlike anything he’s ever faced: a search for inner peace. But his retreat is interrupted by a galactic assassin known as Gorr the Butcher of Gods (Christian Bale), who seeks the extinction of the gods. To combat the threat, Thor enlists the help of the Valkyrie Queen (Tessa Thompson), Korg (Taika Waititi), and his ex-girlfriend Jane Foster (Natalie Portman), who—much to Thor’s surprise—inexplicably wields her magical hammer, Mjolnir. like the Mighty Thor. Together, they embark on a harrowing cosmic adventure to unravel the mystery of the Butcher of Gods’ revenge and stop him before it’s too late.

But their biggest fight has lasted over 14 billion years! Gorr has traveled through space and time on a tireless quest to destroy all the gods out there. In the distant future, the Butcher of Gods enslaved and killed the Asgard pantheon in its entirety, except for one of its members. King Thor still lives, but only because Gorr enjoys torturing and tormenting him! Can the combined power of three Thors from different points in time defeat the psychopath who has slaughtered billions of gods?

What did the first actor Héctor Bonilla die of?

Marvel had doubts about the ending of Doctor Strange 2

This is the style of Andrea Janeiro, the daughter of Belén Esteban