Love and Thunder’ brings to life Hitler himself 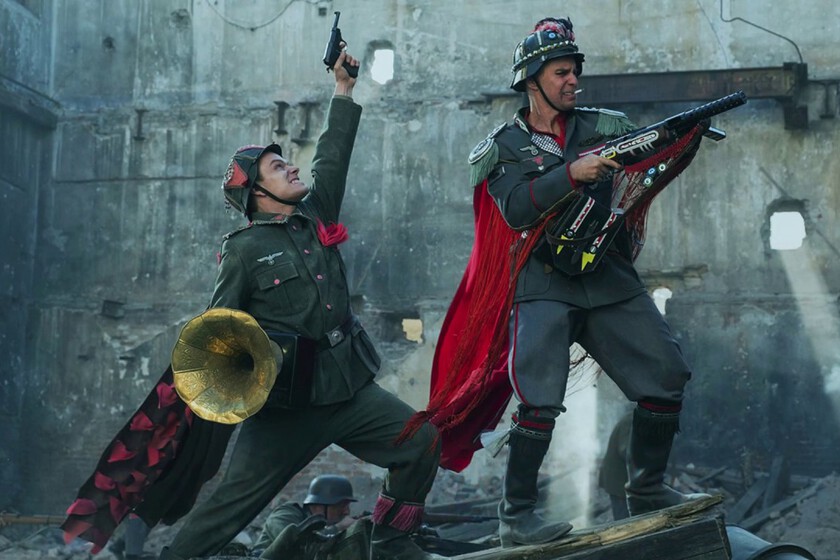 Since the massive exposure derived from his entry to Marvel to relaunch the Thor saga, the figure of Taika Waititi has been a little more under scrutiny and even terribly questioned. Sometimes ridiculed as a minor author with only one trick – the running joke. These films may not be the best example of his sensitivity, having to make concessions to adapt to the great machinery of the company and the mass public that they draw.

But his old movies, like the modest ‘Boy’ or ‘Hunt For The Wilderpeople‘, show a interesting ability to play intimate stories, with a lot of heart and respect for the children’s perspective. And without giving up silly comedy as a vehicle to tell them. It’s not like that Waititi is lost forever, and the movie he made in between the two special Viking fantasies shows: ‘Jojo Rabbit,’ a delightful movie that can be seen on Disney+.

my friend the dictator

It’s not exactly a little-known movie or one that was overlooked too much. In fact, it earned the New Zealander an Oscar for Best Adapted Screenplay -Waititi was based on a novel by Christine Leunens that her mother discovered for him-. Not for that reason it ceases to be a wonderful film to recover to appreciate its particular touch beyond the great showsas well as to help us laugh at some of those horrible people: the Nazis.

As if it were a Los Illegales anthem, Waititi uses punk hooliganism to scathingly lampoon Nazi Germany and the Hitler Youth. Although, yes, in the center he places the tender story of a convinced boy of said youth (Roman Griffin Davis), who also has as an imaginary friend a personal interpretation of Adolf Hitler himself (Waititi).

The young man is absolutely alienated thanks to Nazi propaganda, despite the efforts of his mother (Scarlett Johansson) to make him see beyond the surface and realize the true horrors that surround them. A catalyst for that change will be the appearance of a Jewish refugee (Thomasin McKenzie) who will make him rethink many things, including himself and his prejudices.

‘Jojo Rabbit’: a satire against hate

With these elements, it is not difficult to appreciate Waititi’s good intentions with this satire against hate, and that he seeks to have a message that permeates through somewhat naive emotion. Not for that she gives up a daring and risky tone, which draws from the thug comedy and house brandwith some reminiscence of geniuses like Mel Brooks, in addition to pulling very dark and deep drama when the situation requires it.

A very complicated move, due to the tricks he wants to perform, but he manages to land on his feet most of the time. help that knows how to connect with that childish perspective without ridiculing it or overly sweetening it.

His jokes are effective, his visual work is really remarkable -some staging or editing details would be really applauded if they were signed by Wes Anderson and not by him-, and he deservedly mocks the Nazis. Although he can penetrate some more than others, it cannot be denied that the effort he makes is commendable.

Jason Momoa surprises his followers and cuts his hair

Loki recruits the star of Blindspotting