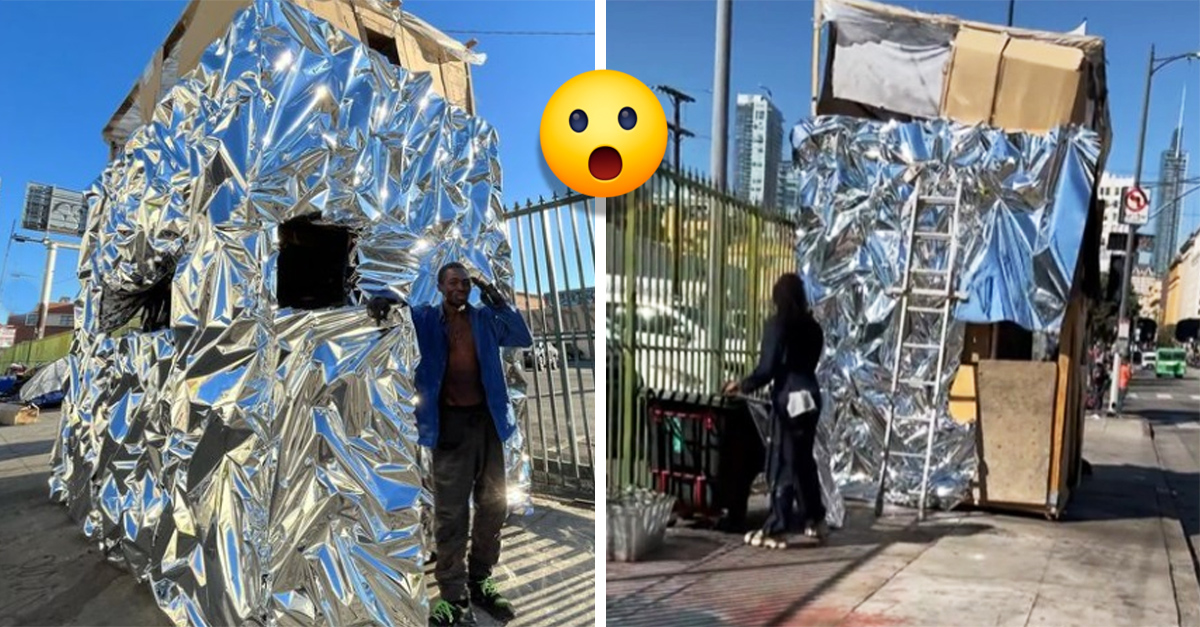 A couple of videos went viral on TikTok showing the creativity of James Safari Parker, a homeless man who, despite having no financial resources, managed to build a two-story cardboard house in the city of Los Angeles, California. due to his knowledge in architecture.

Through various videos released by the tiktoker Hood Stocks (@hoodstockpodcast), Internet users were able to learn about some aspects of the architectural work built by James, an African-American citizen who found the perfect place to build his residence at the intersection of 7th and Wall Street.

The property, which Hood defined as a “two-story cardboard condominium”, has an access door and even windows on the upper floor, where “Minus”, as he is also known, used to lean out with a sign of “for sale”.

In one of Hood’s videos you can see part of the interior of the house, where you can see a sofa and a desk in perfect order to live comfortably. As if that were not enough, the creative “Minus” added some wheels at the base of the structure to make it easier to move and change places whenever you want.

After being interviewed by the tiktoker, James revealed that it took him several months to finish the house while he got the materials, but if he had the money it would only have taken him a few hours as it is related to architecture and design.

Due to the dissemination of the videos, the house of “Minus” attracted the attention of various media, of the curious and, incidentally, allowed Chandrika Metivier, a plastic artist from the area, to learn in depth the story of James. In addition, Metivier gave the house a unique touch, covering both floors with abstract aluminum foil.

To date, the publication exceeds seven million reproductions. Some Internet users made fun of the unusual house, while others assured that it is a sign of the housing crisis that the North American country is going through.

However, unfortunately, James’s story did not have a happy ending, because shortly after it went viral, through his social networks, Metivier reported that the house was removed from the place by the authorities due to the new law of camps for the homeless of Los Angeles.

The sad situation of the man motivated the artist to create a GoFundMe fundraising campaign to help James fulfill his dream of having his own house, designed by himself, so that he never sleeps on the street again.

Almost 3 million tickets have been sold

Kefir with coffee flavor from Mercadona: is it healthy?

CNCO breaks up! Iconic songs with which we will never forget them