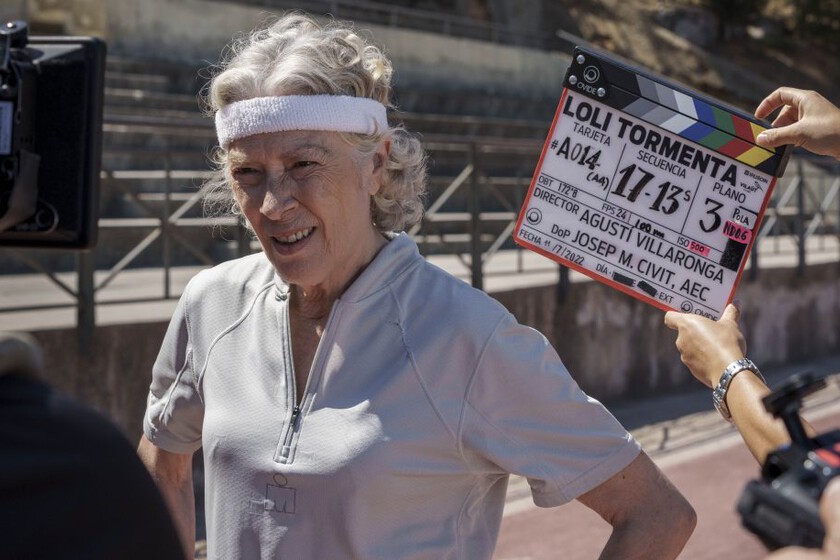 Last Sunday morning we learned the sad news that Agustí Villaronga, the famous Mallorcan filmmaker responsible for titles such as ‘The child of the moon’ and ‘The belly of the sea’, and winner of the Goya for best direction and best adapted screenplay for ‘Pa negre’, had died at the age of 69 after facing cancer that ended up winning the battle; but we can still enjoy his latest feature film, which will be released posthumously.

During a conversation with the radio station Rac-1, Isona Passoladirector and president of the Ateneu Barcelonès, lamented the director’s death and stressed that Villaronga decided to leave his chemotherapy treatment to be able to finish the film he had in hand. A sample of what, for Passola, is nothing more than “a great sense of responsibility before the cinema”.

This project is none other than ‘Lolí Storm’; a dramedy with a strong family component set in the outskirts of Barcelona and starring Susi Sanchez —winner of the Goya for ‘La enfermedad del domingo’—, who gives life to a peculiar grandmother diagnosed with Alzheimer’s who is cared for by her grandchildren while they try to hide their disease.

According to what was declared by its maximum person in charge, which will be his first foray into comedybaby of “the comic heritage of the masters of Spanish cinema; a humor not always black, but always irreverent and surreal” and intends to convey “the vision of an adult, but with the eyes of when he was a child”, opting for “humor and tenderness, but fleeing from easy sentimentality”.

‘Loli Tormenta’, whose cast completes Joel Gálvez, Celso Bugallo, Mor Ngom, Meteora Fontana and Fernando Estesowill be released at a time yet to be determined in 2023.

Niurka Marcos attacks Paty Navidad and criticizes her body: “Oh, how she has gained weight!”

He came to his Law class as a clown, he couldn’t change his clothes