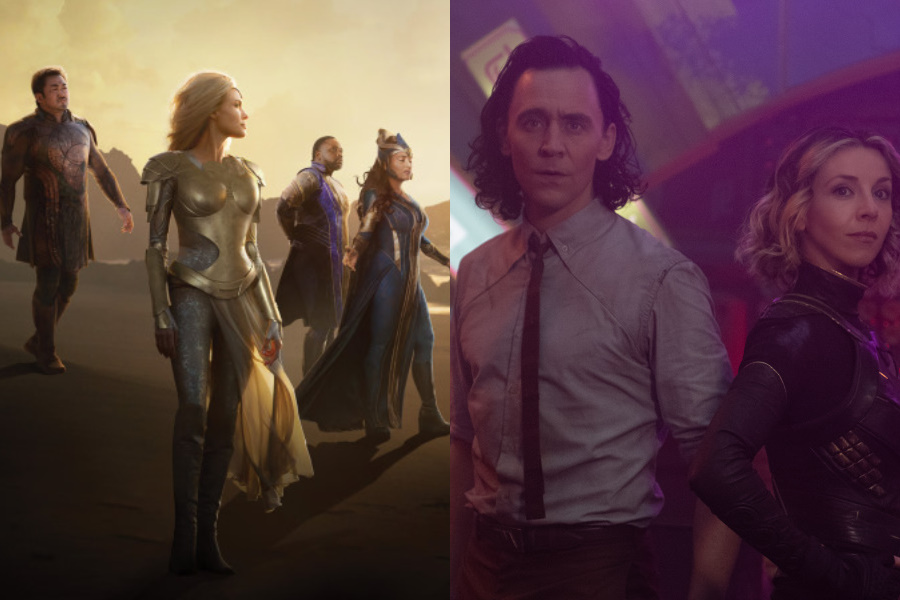 With the beginning of the filming of the second season of Loki, the film set showed us an easter egg that connects with the Eternals

The second season of Loki has already started filming in London, and this new season will have connections with the new productions of the Marvel Cinematic Universe, especially Eternals.

Do not miss: What happened to Ikaris at the end of Eternals?

Let us remember within the plot of Eternals that there is a reference to Thor and the Kingdom of Asgard, when Kingo mentioned that before Thor did not detach himself from him and after the God of Thunder became protector of the nine worlds, Odinson had not spoken.

Now in this new season, the Loki set features an easter egg that connects to the Chloe Zhao-directed film.

As SMASH informed you in a timely manner, filming for the second season of Loki began in London, and for these recordings some posters were placed around the Nöel theater in the capital of England.

i think they’re shooting loki by the noël theater in london rn pic.twitter.com/dId6JUdKpx

One of these posters announces a play which is headed by Kingo himself, who has become famous as a great actor.

This is not the first time that Kingo has been named outside of the Eternals, since in Ms-Marvel Kamala Khan’s mother is a great admirer of the Eternal who brought her life to the stage.

In Marvel Studios’ Loki, the mercurial villain Loki (Tom Hiddleston) reprises his role as the God of Mischief in a new series that takes place after the events of Avengers: Endgame..

Loki Season 2 will see the return of Tom Hiddleston as Loki, the God of Lies, and Sophia Di Martino as Sylvie, the Loki variant.

It may interest you: Loki started filming its second season

They accuse Chyno Miranda’s cousin of having taken money from her: “$70 thousand dollars”

Kanye West criticizes Pete Davidson again, whom he describes as a “heroin addict”