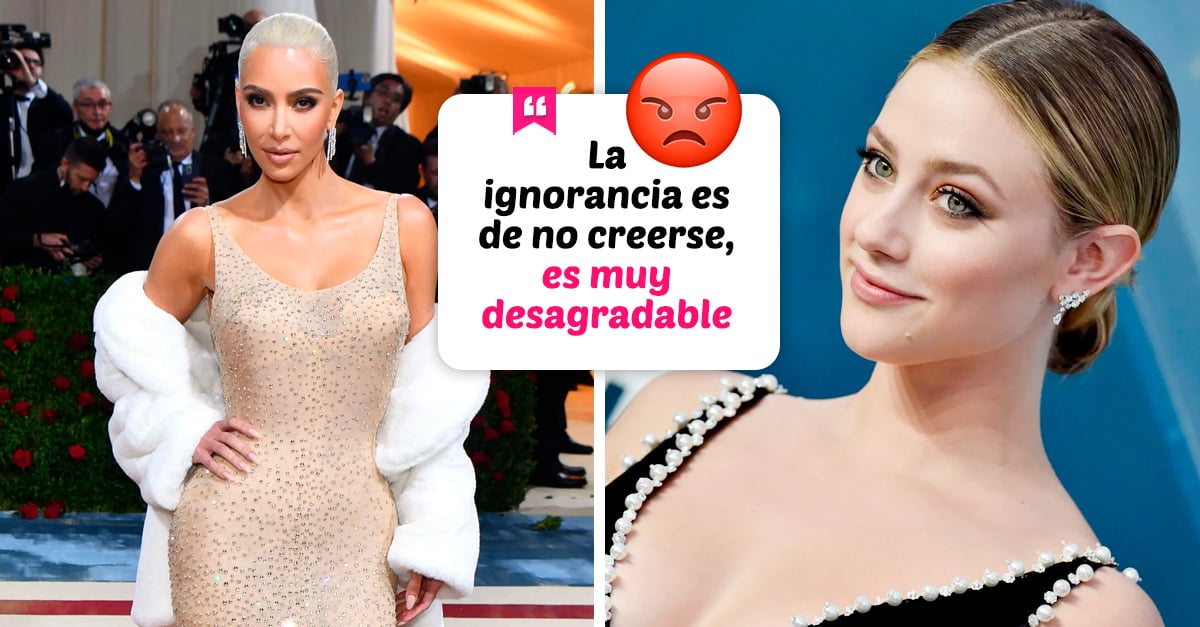 The Met Gala was held on Monday and one of the biggest revelations of the night was Kim Kardashian dressed in one of the most iconic dresses in history: the one worn by Marilyn Monroe in 1962 on President John F. Kennedy’s 45th birthday. The dress was created 60 years ago, so it’s considered an heirloom in the fashion world and obviously it’s an extremely delicate garment, so Kim was given several conditions to be able to wear it, such as that it was forbidden to make any modification.

When she first tried it on, it didn’t fit her, but that didn’t stop Kim from speaking about the strict regimen she followed in order to wear the iconic garment. The socialite confessed that she only ate lean proteins and vegetables, ran for hours and had frequent visits to saunas (twice a day, to be exact) and in just three weeks she managed to lose seven kilos and had no major problem on the big night of the Met Gala. She surely told it as an anecdote about her dedication to her fashion, but many people have questioned her words and, above all, her methods, since they consider that the celebrity was irresponsible.

Kim is back in the middle of controversy

One of the people who spoke out against what Kim said was Lili Reinhart. The actress published on Instagram a series of stories in which she points out how harmful Kim’s words were, especially due to the great influence she has on young people around the world, who may believe that diets so extreme that they make you lose more than two kilos a week are healthy.

Is very bad. Admitting that you starved yourself for the Met Gala is very f*cked up on every possible level, especially when you know that millions of young men and women around the world look up to you and listen to everything you say.

“It’s terrible to do that to get into a dress”

Lili called Kim’s comments ignorant, as the businesswoman put her body under tremendous amounts of stress simply to be able to wear a particular dress to an event. And, well, it’s worth mentioning that she didn’t even wear the dress all night, only to walk up the iconic stairs of the event. For the rest of the gala, she changed into a replica.

It’s terrible to walk down the red carpet and give an interview where you say you’re starving because you haven’t had any carbs in a month…just to get into a f*cking dress. Ignorance is unbelievable, it is very unpleasant.

As if that were not enough, Lili asked the public to consider well which celebrities they decide to support or follow and considers that there are famous men and women who can contribute much more than their body image. In addition, she added that this is not an isolated problem, since the industry in general is very toxic in this regard.

Please stop supporting these stupid and harmful celebrities whose entire image is centered around their bodies. I don’t usually get angry easily, but I swear to you, sometimes the toxicity of this industry gets the better of me.

It was not the only criticism that Kim received

Users on Twitter also criticized Kim’s methods, saying that when a figure as influential and culturally relevant as Kim speaks freely about his extreme weight loss diets, the impact on the general public can be very damaging.

In addition, there was talk that what Kim did represents everything that is wrong with the way we women see our bodies, since risking our health to look pretty is still very normalized. There are those who think that although Kim is free to do what she wants, perhaps it would have been better if she had not talked about her extreme diet, knowing that she is a celebrity admired by millions.

Kim Kardashian bragging about not eating carbs or sugar for 3 weeks while on the red carpet in a $4.81 million dollar dress is exactly what is wrong with how we view women’s bodies and how we, as women, internalize our own body image and ideas around food .

Kim Kardashian bragging on the red carpet about cutting out carbs and sugar for three weeks while wearing a $4.81 million dress perfectly represents everything that’s wrong with our view of female bodies and how we as women internalize our body image and We associate it with food.

Kim Kardashian says she had to lose 15 pounds in three weeks for her Met Gala dress as if it were a huge achievement and not crazy. That is a problem.

Wow, what did you talk about?

On the other hand, there were people who supported Kim, pointing out that in Hollywood, these practices are very normal and there are actors who gain and lose weight (in much more extreme amounts) for their movies all the time.

At the end of the day, this is definitely a controversial topic, but you should always keep in mind that celebrity diets (not just Kim’s) are often not sustainable for the general population. If you are looking to change your diet, it is best to go with a professional nutritionist.

Travis Barker visits the grave of Robert Kardashian; he was cute

Kim Kardashian admits to editing the face of her nieces