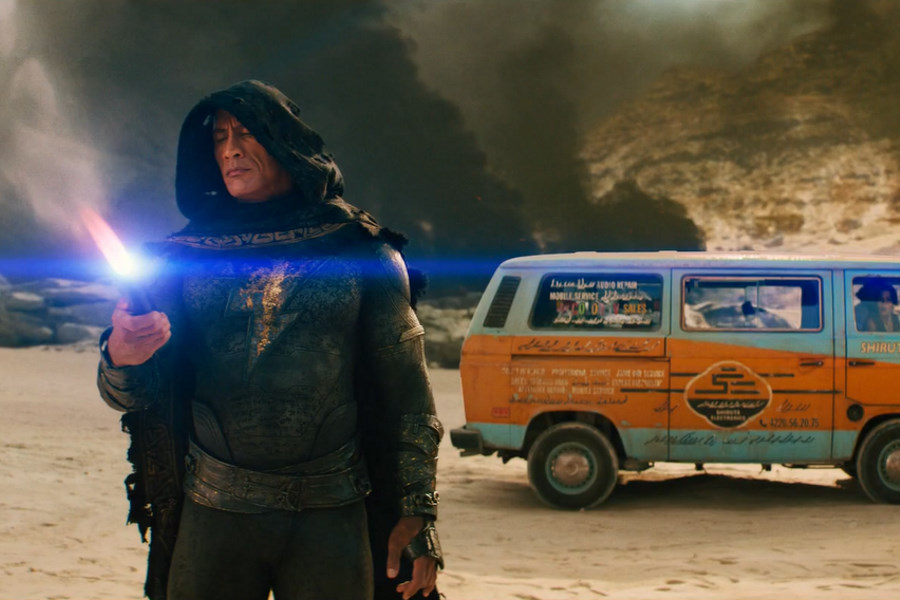 Discover the lessons and references that the first trailer for Black Adam gave us, a film that will hit theaters in October

The hierarchy of the DC Universe is about to change with the arrival of Black Adam, an antihero who will have his solo movie, which comes from lessons and references.

Don’t miss: Behold the power of Black Adam in his first trailer!

From the origins that Otto Binder gave us in his first appearance, to elements of the DC Universe such as his rivalry with Hawkman, his tragic history and the possible appearance of Intergang.

The story of Teth Adam

The story of Black Adam could not be complete if we do not meet Teth Adam, the slave who 5,000 years ago was imprisoned in a tomb, after receiving gifts from the Egyptian gods, with which he would orchestrate the liberation of his people.

But this story could not fail to have its dramatic touch with the murder of his son, which is why he will seek to do justice in his own way.

Release from their captivity

An exploration in an ancient Egyptian tomb will be the trigger for Black Adam to return 5,000 years later to deliver justice in his own way.

This release will be a small sample of all the power that Black Adam has, something never seen before since the DC Universe received heroes like Superman or Black Adam.

In the first images of Black Adam it is seen that the Man in Black was captured by an organization, which will be interested in the power of the former slave.

There is no further information on this organization, but who could be behind this operation is intergang, one of the largest arms dealers in the world.

Before you, The Justice Society of America!

One of the most anticipated moments in this first Black Adam trailer is the appearance of the members of the Justice Society of America, one of the longest-running and most powerful teams in the DC Universe.

The first members of this team on the big screen are Pierce Brosnan as Doctor Fate, Noah Centineo as Atom Smasher, Aldis Hodge as Hawkman and Quintessa Swindell as Cyclone.

One of the dilemmas that Black Adam will handle on his return to earth after 5,000 years of captivity in a tomb in Egypt is to be a hero or a vigilante.

“Heroes don’t kill… I do” is one of the important phrases that Black Adam utters in the trailer, which will lead him into a serious conflict with the Justice Society of America, especially with Carter Hall, better known as Hawkman.

Who is behind Black Adam?

As we mentioned before, an important organization is on the trail of Black Adam, to the point of having an entire army to capture him.

Intergang could be this mysterious organization, which will not only seek to capture Black Adam, but will also fight the Justice Society of America with all its arsenal. Recall that Intergang deals with alien weapons

With you Adrianna Tomaz

In the final moments of the first trailer we meet Adrianna Tomaz, who will be in charge of the expedition that frees Black Adam, and Tomaz will be the romantic interest of the antihero.

Before his captivity in Kandaq, Black Adam was married to a woman, who is similar to Adrianna Tomaz, who will become Isis, the love of Teth Adam.

From New Line Cinema, Dwayne Johnson stars in the action-adventure “Black Adam.” The first feature film exploring the history of the DC superhero comes to the big screen

You can also read: Is Black Adam a hero or a villain? The Rock talks about it

Warner gives very good news about the movie The Flash