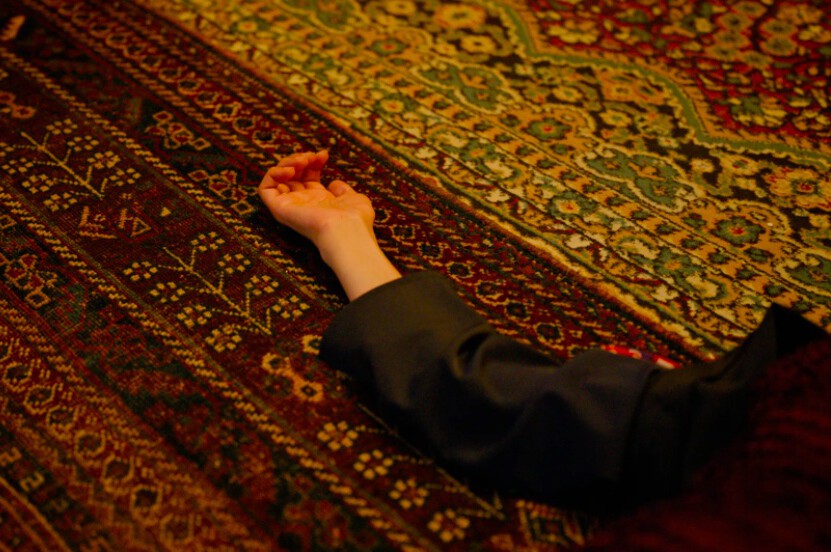 After Asgar Farhadi’s remarkable entry into competition last year with ‘A Hero’, the Cannes Official Section is again programming this year with a focus on his country, presenting two totally different points of view in substance and form, although necessarily complementary in the layout of the image of modern Iranwhich tries to find a place for tradition with the advance of modernity.

Two relatively new and young directors with different cinematographic voices. ali abbassiSwedish director of Iranian origin, who blew our minds a couple of years ago with that dramatic rarity of fantastic elements that was ‘Border’ parades the Croisette for the first time amid such high expectations that makes his new ‘Holy Spider‘ seems too conventional waiting for a genre digression that doesn’t come, but in return it delivers a solid thriller with a brutal ending that mixes intrigue, corruption, politics and religion. Next to her, the filmmaker’s family melodrama Saeed Roustayiwhich drags the viewer from its perspective of monitoring and oppressive environments.

a huge factory With imposing production lines full of workers lined up in series, it announces its closure, leaving hundreds of workers on the streets who, in the face of the first protest reactions, are violently repressed and expelled from their barracks between fires and shots. With this impressive starting point, wonderfully shot in a few shots, Alireza’s pilgrimage begins in search, more than of a new job, of a new life.

Returning to his father’s home, he meets his four brothers and Leila, his only sister and also the only one with a pragmatic sense of logic capable of overcoming the most deeply rooted traditions, who will try to convince him to start his own business with the one to employ the rest of his brothers and thus end that self-proclaimed poverty that drag like a curse that drives them to make the worst possible decisions.

From the particular to the general, the history of Leila’s family represents little of the functioning of modern iranian society, halfway between the most revered tradition and the advancement of the economy with its aspirations. A head-on clash between the honor of customs and the practicality of everyday life, in a society built on honor as the basis of life, but that does not feed.

Drinking from great references such as Asgar Farhadi from ‘A Hero’ about the turns of some characters on a constant pilgrimage to find solutions in a labyrinth of dead ends and also largely remembering Cristi Puiu from ‘Sieranevada’, in the chaotic relationship of the protagonists with their family environment, ‘Leila’s Brothers‘ turns out to be a great affected drama, of screams and hysteria, impulsive reactions and emotional decisions.

With some truly great sequences, including a stunning final scene, the young Iranian builds a powerful melodrama of almost three hours around money, with empathy and a sense of humor that deep down identifies us with any of our families.

On the other side of the same coin in that portrait of today’s Iran, ‘Holy Spider’ completes that vision denounced from film noir to build an equally powerful and horrifying drama, but from different cinematographic codes. A crime thriller that follows an Iranian journalist’s personal quest to capture the so-called Spider Killer: a self-proclaimed savior of purity serial killer of prostitutes, whose openly stated goal is to “clean the streets” of bad women.

The Swedish director and Iranian exile, Ali Abbasi, uses the tools of the police genre to take the necessary distance with which to target the atrocities committed with the complacency of the authorities in pursuit of the alleged good moralwhich uses religion as a guide and again a misunderstood obsolete tradition.

Starting from a truly promising start, Abbasi’s point of view follows head-on and in the first person a confessed and convinced murderer, appointed by God to carry out the honorable task and who has the support of popular opinion and local authorities in a parade of declared and proud corruption. Her point of view alternates with that of a brave and somewhat reckless journalist for whom no attempt at coercion poses enough of a threat.

An interpretive and conceptual duel between murderer and persecutorabuse of power and freedom, enthroned machismo and women’s rights, in this intense motorcycle chase that leaves some very powerful images under the stars of the night of the holy city, as well as a devastating ending that drew a huge ovation.