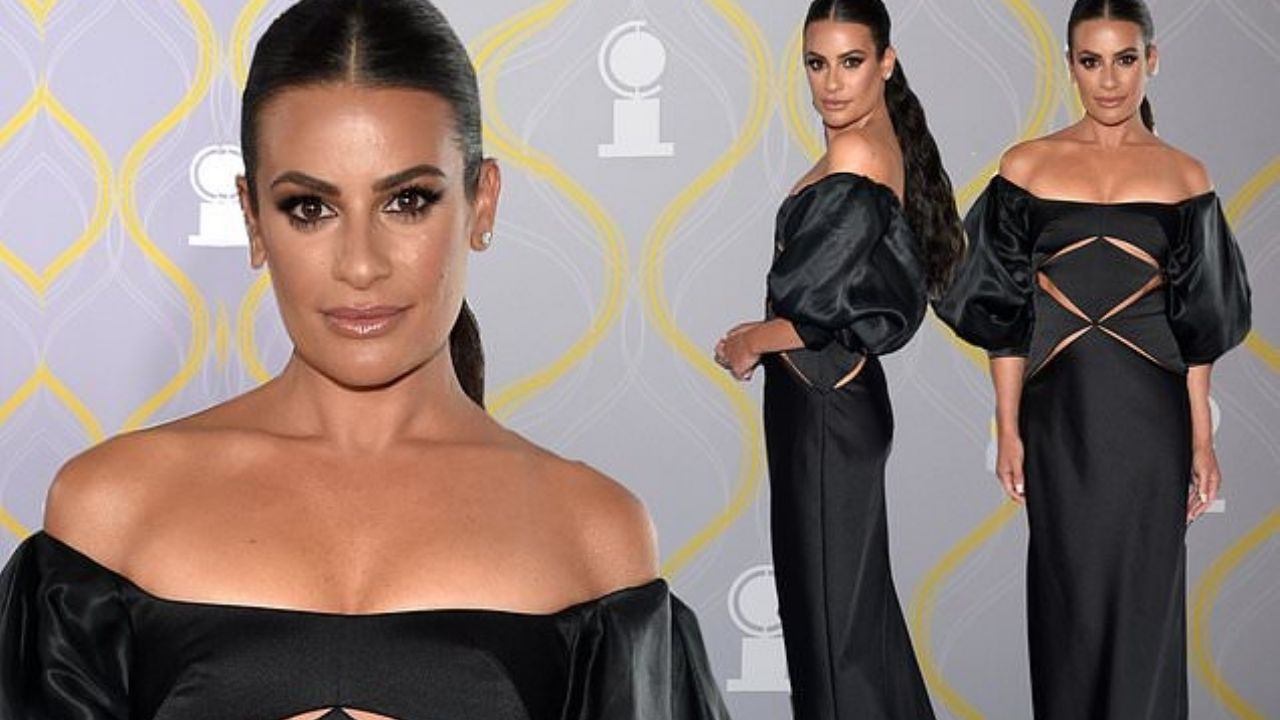 The American singer and actress Lea Michele stole the eyes this Sunday with an elegant black dress with cut out details during the annual Tony Awards in New York.

The 35-year-old showed off a seriously stylish figure in an eye-catching outfit as she posed for some photographers outside the theater-focused event.

Lea also posed for several photos with Jonathan Groff, with whom she previously co-starred in the first Broadway production, Spring Awakening.

The Glee actress’ outfit also included a set of puff sleeves that added a little extra glamor to her look for the night.

The Emmy-nominated artist’s gown was accessorized with a sparkling set of earrings. Her voluminous dark brown hair was tied in a ponytail that fell down her back.

Groff opted for a jet black jacket and matching pair of pants. The 37-year-old actor contrasted the dominant color of his outfit with a patterned button-up shirt.

The artists initially met while working on the Off-Broadway production of Spring Awakening, where they played Wendla Bergmann and Melchior Gabor.

The pair also performed in the Broadway version of the play, and Groff was nominated for the Tony Award for Best Actor in a Musical. The two will reunite with several of their former co-stars to perform a medley of the show’s songs during the annual awards show.

The 75th Annual Tony Awards celebrate achievement in Broadway productions during the 2021-22 season. This year’s ceremony was held at Radio City Music Hall in New York City, and was hosted by West Side Story star Ariana DeBose.

The nominations were revealed last month, with Michael R. Jackson’s musical A Strange Loop leading the pack with an impressive 11 nominations, including Best Music, Best Original Score and Best Book of a Musical.

Meanwhile, Michael Jackson’s jukebox musical MJ The Musical and Paradise Square also dominated with 10 nominations each, while The Legman Trilogy was the most nominated work.

Users call for people not to dress like Dahmer on Halloween

the virus that mainly affects children