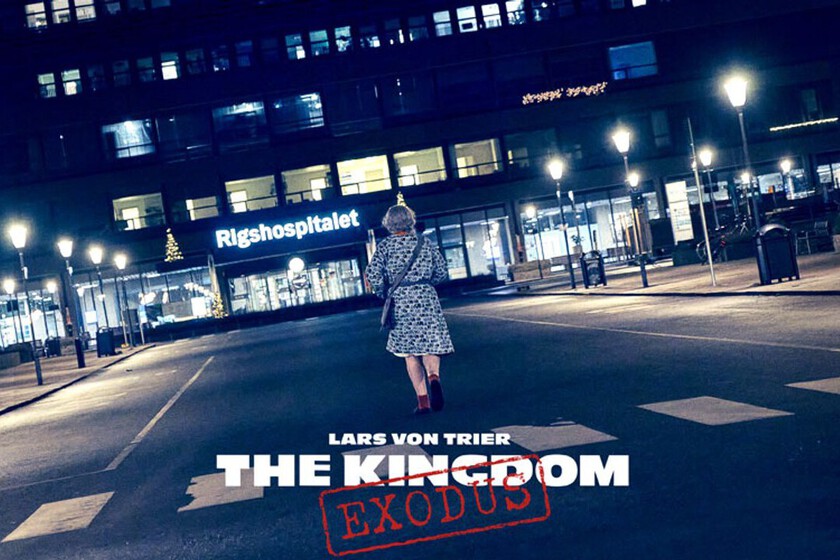 25 years later, we return to the corridors of the Rigshospitalet for ‘The Kingdom: Exodus‘, the name given to the long-awaited season 3 of ‘The Kingdom’ (‘Riget’), the Danish cult series signed by Lars Von Trier (‘The house of Jack’, among others). The new episodes will arrive next fall (no specific date yet) and we can already see a first teaser trailer.

In this preview we meet the protagonist, the sleepwalker Karen (Bodil Jørgensen), who is heavily influenced by the series ‘The Kingdom’ (takes meta twist) starts looking for answers to unresolved questions from the series to save the hospital from the curse. Thus, one fine night he will find himself in front of him… and the door to the Kingdom opens again.

Thus, Lars Von Trier, together with Niels Vørsel, will continue telling the ghost story set in this hospital built on former bleaching pondswhere evil takes root, science struggles with itself and the mysterious and inexplicable give rise to a mixture of horror and humor.

return to the kingdom

Together with Jørgensen, the cast of ‘The Kingdom: Exodus’ is made up Lars Mikkelsen, Nikolaj Lie Kaas, Mikael Persbrandt, and Tuva Novotny. David Dencik and Alexander Skarsgard participate as guest stars.

There are still a few months left before the series premieres in Denmark (via Viaplay and DR) this coming fall. In Spain we can see it through Filminwhich has also announced that it will make the previous two seasons available to its subscribers, which have been remastered for the occasion.

Who is the Crypto Queen, the most wanted by the FBI?

Jungkook is on the streets all over Korea before his birthday

150-million-year-old dinosaur up for auction in Paris