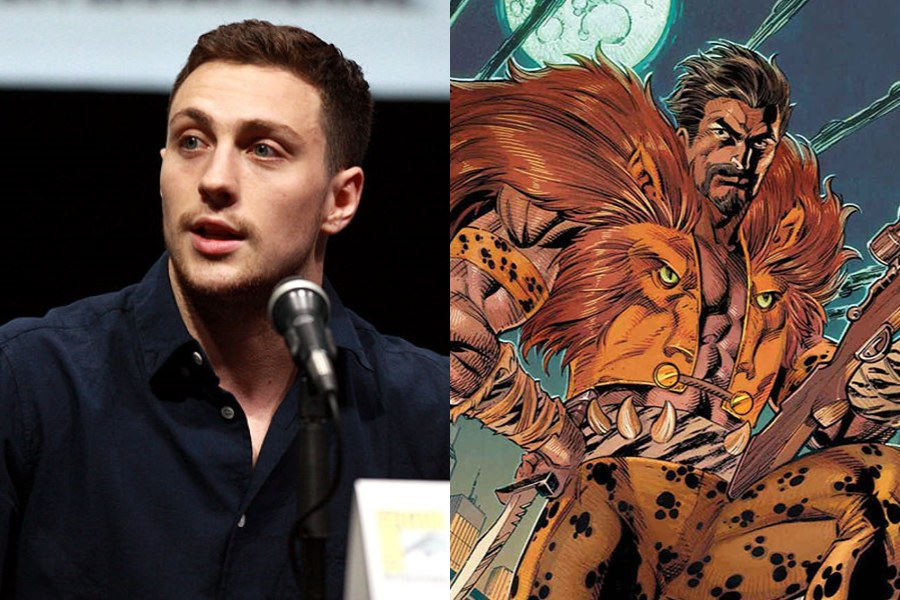 Kraven the Hunter is about to embark on his first foray into film, and Aaron Taylor-Johnson shared his first impressions of the new Marvel and Sony production.

2023 will be a very busy year for Sony’s Spider-Man Universe, and its first production to arrive will be Kraven The Hunter, which will star Aaron Taylor Johnson, who shared his first impressions of the Russian hunter’s film.

In an interview with Variety, Johnson, who has played other characters on film such as Pietro Maximoff / QuickSilver and Dave Lizewski / Kick-Ass, shared his impressions of the character.

“He’s a very, very cool character… He’s not an alien or a wizard. He is just a hunter, a human with conviction. Animal lover and protector of the natural world”.

Johnson, who recently finished recording Kraven, did not rule out that sooner or later Kraven would see Spider-Man face to face.

“Kraven is one of Marvel’s most iconic and notorious anti-heroes, Spider-Man’s number one rival.”.

Unlike the two Venom movies and the Morbius movie, Aaron Taylor-Johnson noted that this movie was mostly shot on location. “This was filmed entirely on location”.

The cast was also joined by 2022 Oscar winner for Best Supporting Actress Ariana DeBose as Calypso and Alessandro Nivola in a role that will be the antagonist.

Directed by JC Chandor and scripted by Richard Wenk, Kraven the Hunter will hit theaters on January 13, 2023.

You can also read: Aaron Taylor-Johnson will be Kraven the Hunter!

What to watch if you like ‘Dahmer – Monster: The Jeffrey Dahmer Story’: 3 shocking and excellent portraits of real killers in streaming series format

Ecuador could be expelled for false footballer certificate

Marvel has outshone DC at Comic-con 2022, but its avalanche of titles could be heralding the end of the superhero bubble