Korean travels to Bolivia to meet his girlfriend online 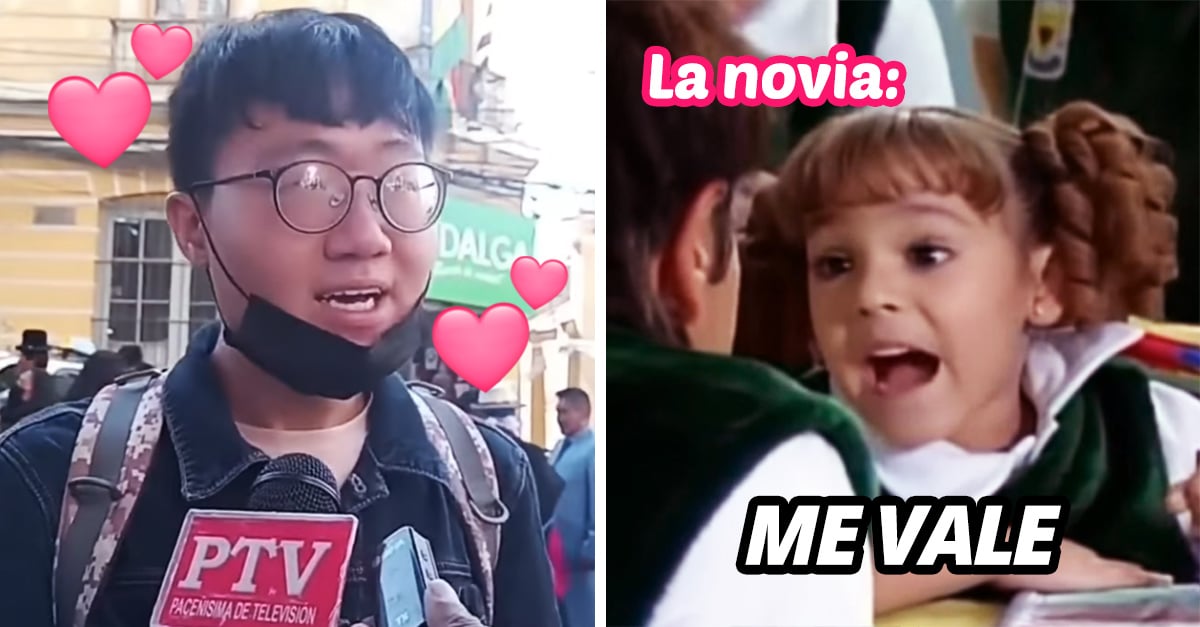 With the scarcity of potential dating prospects, many people turn to looking for love online, but this is not always a good idea. As happened to a Korean boy whose story went viral after he traveled to Bolivia to meet his virtual girlfriend, but things were not easy.

The South Korean Seon Yong Lee attended the program Bolivision News to talk about his love story with Mary, who, apparently, is his virtual girlfriend. In addition, the boy took advantage of the interview to clarify the rumors that the girl did not want to see him because Seon supposedly shared a false photo of him.

The now famous Korean in love appeared in some videos on the Internet, where he could be seen suffering because his girlfriend Mary no longer wanted anything to do with him, and very much in the style of a k-dramathe young man begged him to give him another chance, that he was going to show him that everything would be fine.

Mary, come to me… You changed my life, you healed my wounds, you lifted me up and before I didn’t understand you well, that’s why I hurt you. Your heart is hurt and I understand you. I missed her, I exhausted her, I hurt her for it.

Son’s story went viral because of the intensity of feelings it displayed. Ironically, it seems, that was precisely what scared Mary, for the Korean seemed so intense. But, finally, her love decided to give him a second chance, so now Son is happy and assures that he will be a new person.

She unblocked me, she spoke to me and from there I have spoken to her. I have also found her, I have spoken to her and right now I am also speaking to her on my cell phone, on my WhatsApp. Now everything is fine, well arranged, that is, it was my fault that I exhausted her and she couldn’t understand her situation, I missed her so much, calling her all the time and sending her messages all the time, that’s really annoying.

We hope that their love story can have a happy ending, because what surprises us is that Mary did not take the time to study a little the culture of her virtual boyfriend, since for Koreans, talking to your partner all the time, literally, it is quite normal, although it is something that could be somewhat disturbing to us. However, Seon Yong Lee clarified that even if she did not reciprocate Mary, he will love her forever.

Woman Says Things That Anger Her About Her Husband’s Girlfriend

Isekai Ojisan (2022): A great parody of the isekai genre

Photos: Carolina Sarassa boasts excited about the new house where she will see her two little children grow up