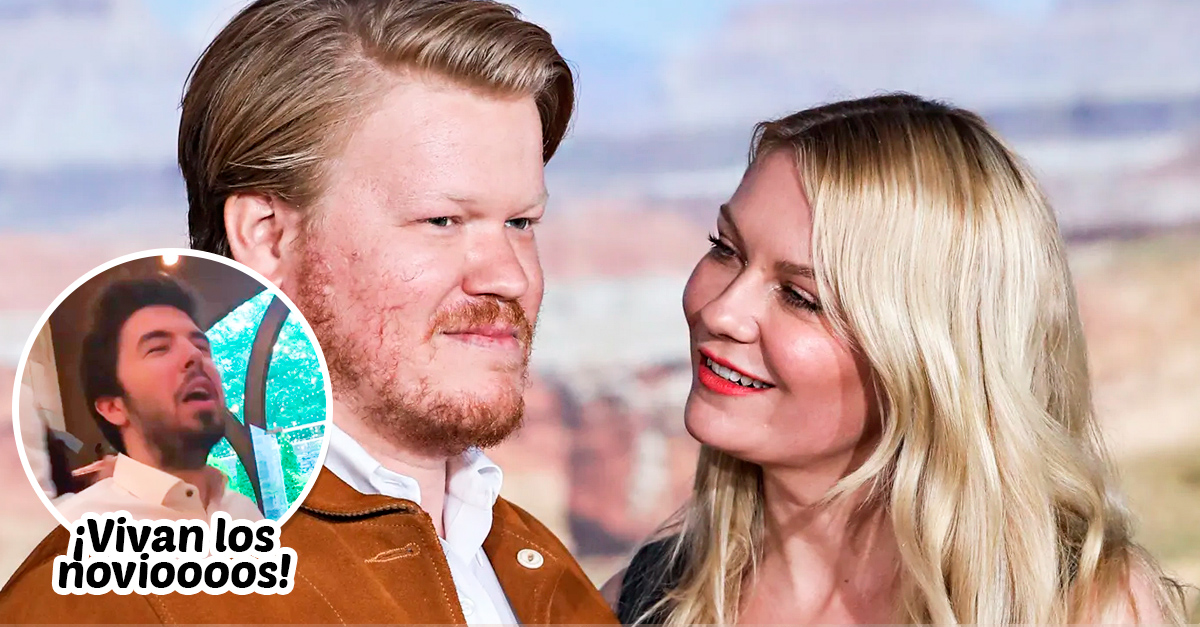 Page Six revealed that after six years of dating, this weekend, actress Kirsten Dunst and actor Jesse Plemons were married at the luxurious resort golden eye in Ocho Rios, Jamaica.

This couple met in 2015 on the set of Fargo, the famous FX series, but it was not until 2016 that they began a relationship. Later they had two children. The newlyweds got engaged during Golden Globes weekend in January 2017.

The actors planned to get married in 2021, but the covid-19 pandemic and the birth of their second child postponed their plans.

Earlier this year, both were nominated for Oscars for their performances in the power of the dog. During the ceremony, some users and viewers were struck by comedian Amy Schumer pulling a “little joke” on Kirsten when she called her a “seat filler” and lifted her out of her chair. This naturally baffled everyone and Jesse came to the actress’ defense.

▶️ The other “victim” of black humor at the delivery of these Oscars 2022 awards was Kirsten Dunst, nominated for Best Supporting Actress for her role in “The Power of the Dog”.#PyNetwork pic.twitter.com/6a8Qj2MNHv

This episode was overshadowed by the clash that Will Smith had with Chris Rock. However, users criticized the comedian, who, through her Twitter account, clarified that the actress was aware of the joke.

After this, in an interview, Kirsten stated that although the wedding plans have been postponed, they treat and call each other as husband and wife. Perhaps that is why the actor told Amy that the one he had removed from his place was his wife.

This pair of lovers has always maintained that their crush was immediate, because on one occasion, the actor said that when he looked into her eyes, he saw the beautiful, sweet and welcoming human being that he is and at that moment everything was born.

For her part, the actress declared for the New York Times that he match it was so strong that he felt being with his soul mate. Oh long live love!

We were two people who worked very similarly and it felt like a kindred spirit. I knew he would be in my life forever.

They get engaged during a My Chemical Romance concert

For less than 300 euros, this 45″ Smart TV with Android is the best Carrefour bargain

AC/DC’s first hit: “You Shook Me All Night Long”