Kim Kardashian bought a necklace that belonged to Lady Diana 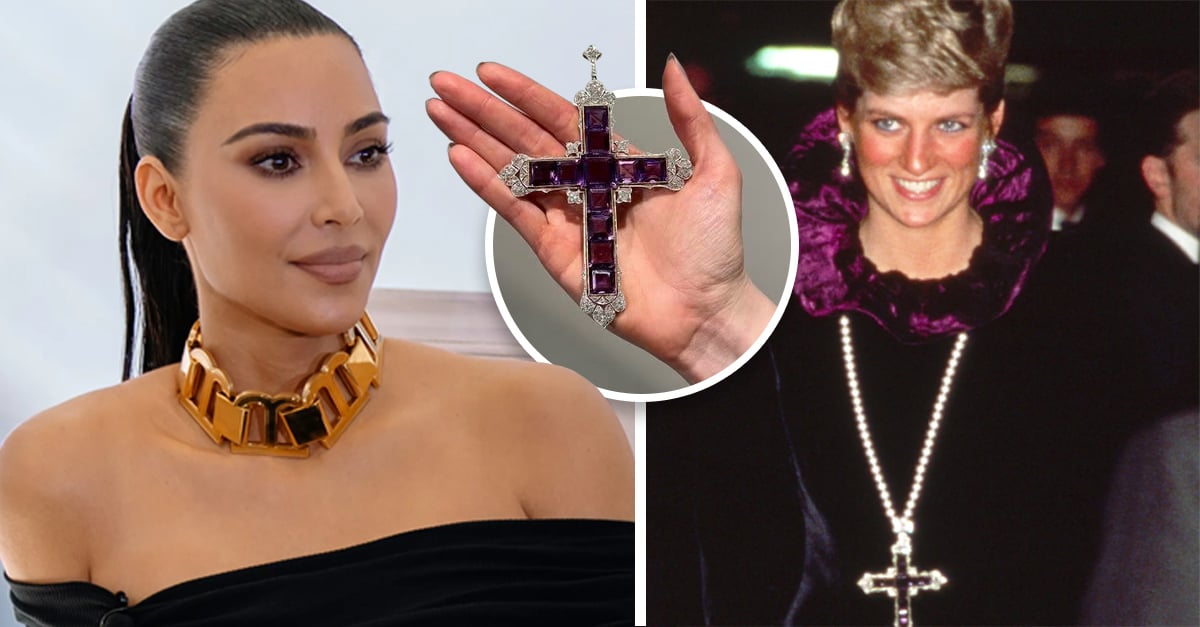 Kim Kardashian is a celebrity who, in addition to being famous for being a influencers and millionaire businesswoman who imposes fashion, is also characterized by buying and wearing controversial objects with history in show business, such as the Marilyn Monroe dress that she wore during the 2022 Met Gala.

Recently, it was learned that her extraordinary jewelry collection grew, but not with just any piece, since the socialite has just acquired a very special necklace. This is the diamond cross that Princess Diana of Wales wore in the form of a pendant on several occasions.

The iconic amethyst jewel, known as the Attallah cross, unique for its size, color and vibrant style, was acquired by Kim Kardashian during the auction at Sotheby’s in London, England, where the representative of the American businesswoman surpassed by much the offers of the others interested in the piece.

The 42-year-old American model paid $197,453 for the Attallah cross on display in the “Royal & Noble” auction collection, more than double the amount of the pre-auction estimate. The socialite competed in the bid along with four people who tried to take the diamond jewel and floral design.

This relic is special not only for having been one of the favorite jewels of Lady Diana, the first wife of now King Carlos III, but also for being a piece created in the 1920s. The diamonds that make up the piece have a total weight of 5.25 carats and measures approximately 136 by 95 mm.

It is worth mentioning that since Princess Diana of Wales used the jewel in a charity gala in support of the Birthright organization, for the protection of rights during pregnancy and childbirth, held in October 1987, the cross remained kept in her jewelery box staff so far.

For their part, the auction organizers said they were delighted that the famous piece had been left in the hands of another woman with a world-renowned name, so they were quick to report that the star of the reality show television The Kardashians was the winner of the auction.

Letters that Lady Di wrote before her divorce are auctioned

Ana Ferro, widow of Fernando del Solar, celebrates the title of Argentina with the driver

After more than a decade, they finally reveal the cause of the separation of Aracely Arámbula and Luis Miguel