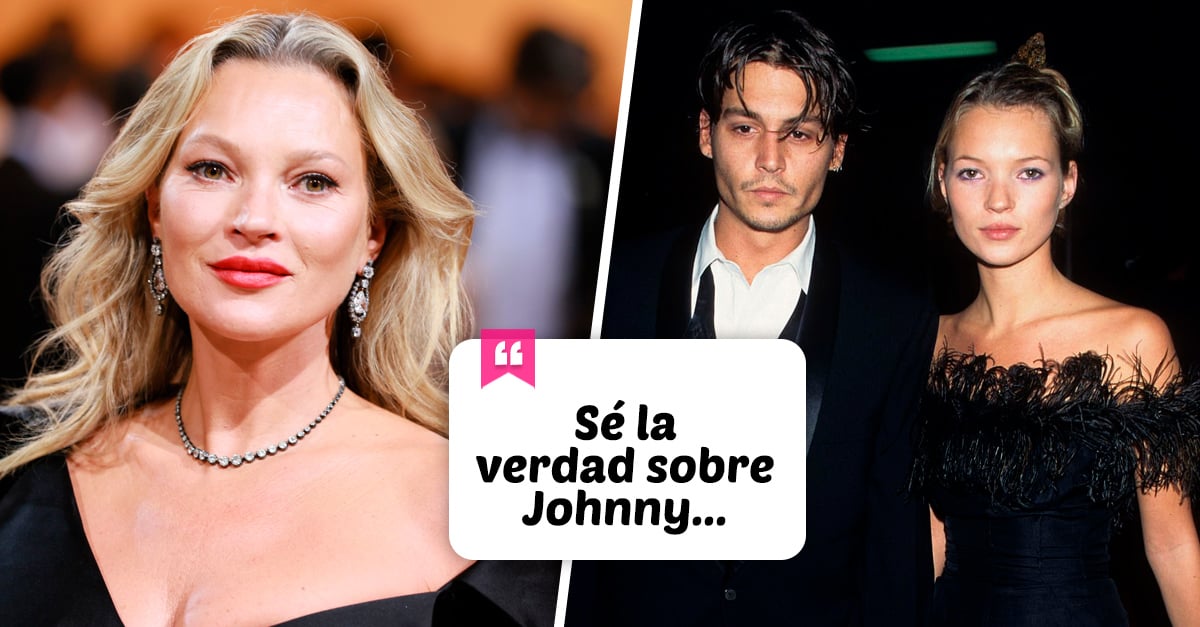 Almost two months after the controversial trial between Johnny Depp against his ex-wife Amber Heard, the issue has not ceased to be news, since it seems that the most famous legal battle in Hollywood will be something impossible to forget, and not only for the actors involved, but also for the public that witnessed the testimonies and revelations in which various celebrities were involved.

And one of the appearances that stood out the most during the trial was Kate Moss’ statement, in which the British model testified in favor of Depp and denied having received violence from the actor during their relationship between 1994 and 1998.

After several weeks of that testimony, last Sunday during an interview for the radio program Desert Island Discs broadcast on BBC Radio, Kate Moss was honest and told the reason why she decided to defend her ex-boyfriend in the controversial trial.

Despite the fact that her love relationship with the protagonist of the saga of Pirates of the Caribbean It was not the best and they had certain differences, the model does not hold a grudge against him and even maintains a close friendship with the actor, so a few days after the trial ended, they coincided at a party.

That is why, faithful to his principles in which he believes in truth, justice and fairness, Moss testified telling the truth behind the famous story of the accident on the stairs.

So when questioned on the subject, she replied:

I believe in truth and I believe in fairness and justice. I know the truth about Johnny, I know he never threw me down the stairs and I had to tell that truth.

During the talk, Kate Moss also spoke about the bad experiences she has had in the world of modeling, of which she highlighted the occasion in which, at the age of 15 while posing for an underwear session, the photographer asked her to take off the bra.

I was like 15 years old and he told me: ‘Take off your top clothes’. I did, so she was very shy about my body, and he told me to take my bra off. I could feel that something was not right there, so I grabbed my things and ran.

From that moment, the model assures that she discovered the dangers to which girls are exposed in the world of fashion, so thanks to that bad experience, she was able to detect who she should trust and who not.

Although that was not the only occasion that modeling was not very pleasant for him, since he also remembered the time that while posing for the Calvin Klein brand with actor Mark Wahlber in 1992, he assured that before the session he had to take anxiolytics.

Marie Kondo confesses the reality of her life: “My house is messy”

What is Mysophobia | What does the fear of germs imply?