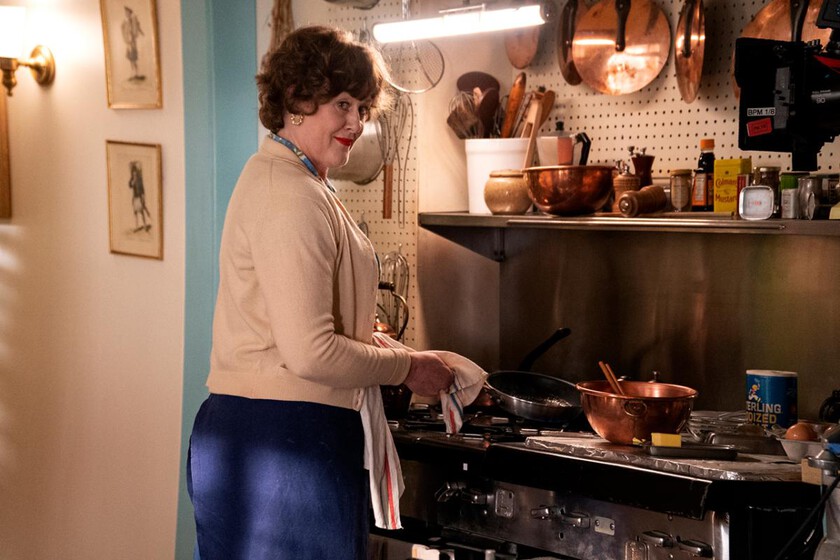 The fictional dissemination of French cuisine will continue for another year. hbo max has announced the renewal for a season 2 of ‘Julia’, the series that follows the career of Julia Child, one of the pioneers of the cooking genre on television.

Starring Sarah Lancashire as Julia and David Hyde Pierce as her husbandfiction takes as its thread the production of “The French Chef” to explore the evolution of public television as a social medium in which issues such as feminism and cathodic celebrity are explored.

In the words of Sarah Aubrey, head of original content at HBO Max:

“Through her masterful performance, Sarah Lancashire welcomed us into the life of Julia Child, a trailblazer who, through her many accomplishments, redefined the possibilities of public television and, in the process, brought French cuisine and culture to to American salons.”

The news comes just as the series wraps up its first season, with each episode focusing on a different installment of the decade-long show.

Along with Lancashire and Pierce, the main cast of ‘Julia’ is made up of Bebe Neuwirth, Brittany Bradford, Fran Kranz, Fiona Glascott. Daniel Goldfarb is the creator of the series, with Chris Keyser acting as showrunner.

Bridgerton season 3 will focus on Penelope and Colin

The Boys season 3 has a new trailer