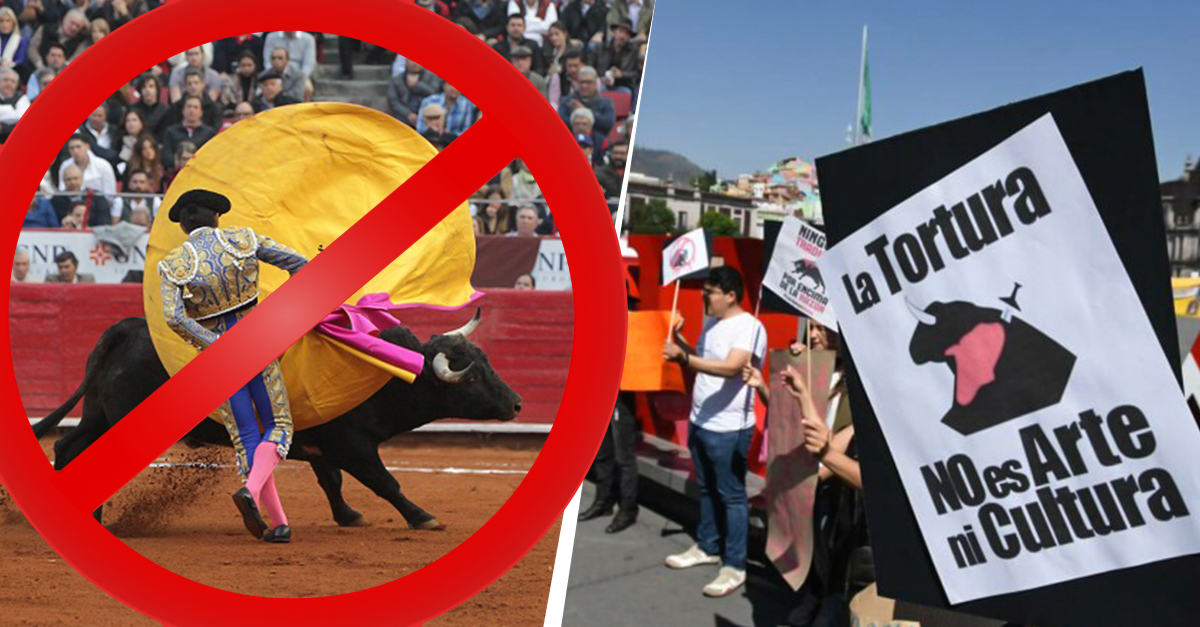 More and more people are uniting in favor of defending the rights of animals. The fight has been so constant that it has brought with it a great advance not only in society, but also in the legal field. This June 10, federal judge Jonathan Bass ordered the indefinite suspension of bullfights in Plaza México.

The resolution issued by the first District Court in Administrative Matters of Mexico City arises in response to the lawsuit filed by the Just Justice civil association, who under the argument that the treatment of bulls is degrading and violates the right to a healthy environment, sought to put an end to bullfighting in the Aztec country.

It seems that they succeeded, since after the judge provisionally prohibited bullfighting on May 27 while listening to the arguments and evidence of the parties, this June 10 he confirmed his decision and suspended the activity indefinitely.

The statement of the resolution was released through the official account of Twitter of the famous Plaza México, in which they announced the judge’s order under the text “Important Notice”.

According to what was described by the judge, the prohibition of bullfighting is beneficial for society and does not violate public order or social interest. However, in the case of the bulls, the bullfights caused them, in addition to an unjustified death, cruel treatment and unnecessary suffering.

The ban on bullfighting is a great blow to Mexican bullfighting, but especially to the Monumental Plaza of Mexico, which is considered the largest in the world, which has a period of 10 days to challenge the decision before a Court Collegiate.

In the event that they challenge the decision, the case can be extended for several months, but even so, the bullfighting activity will be suspended indefinitely. It is worth mentioning that Plaza México assured that it will continue with the legal defense of Mexican customs and traditions and that they will continue until all legal instances are exhausted.

Ely Blancarte: a queen of urban music in Mexico

Kristal Silva: The 5 outfits of the former Miss Mexico that sparked sighs in networks